A lot of people didn't like Switch Gears, if I remember correctly...yet, because he was packaged with the excellent battle helmet COBRA Commander, a lot of people definitely ended up with him in their collection. Personally, I don't mind so much...although I'm not sure he'll ever worm his way into a permanant spot on my roster, he's an interesting armor specialist and new Joe to work in there somewhere.

Not too bad, really. Switch Gears kind of treads the thin line between proportional realism and the short torso/long leg problem. His legs are a little on the long side, but not enough that it really makes a difference. His head sculpt has some decent character to it...nothing really dramatic or distinguishable about it, but it works. His uniform is typical of recent Joe releases, trying to at least utilize a military base, while tweaking the super-hero looks up to a new level. His torso is an open vest, which looks authentic enough and has a nicely molded shirt underneath. His arms are short sleeves with long gloves, which are padded to the point of being almost armored.

His legs start off looking military enough, with a standard combat look to them, but the addition of two layered armor plates on his thighs take away any semblance of real world look. To some people, this is bothersome, but it doesn't bug me at all. G.I. Joe doesn't happen in the real world...it is as much fantasy as the X-Men or Batman. Granted, it tries to maintain some more realistic tones, but face it- the Joes are comic book heroes. On some figures the transition works, on others, it doesn't work so well. On Switch Gears, I think it works pretty well. He has a nice combat feel to him, but also has enough comic book styling to look neat and different. He meshes with Scarlett's comic-uniform pretty well, too.

More of the same with desert themed new sculpt figures these days...different shades of browns and tans, which may be useful in a desert, but are really pretty dull color-wise. Switch Gears is especially boring. His vest is brown, his undershirt a light tan (almost flesh) and his pants yet another, different shade of tan. The additions of the camouflage patterns on the pants do help a bit, but they are, in essence, just more different shades of tan and don't really knock me out. The weathered armored plate on his legs looks pretty neat and the darker, almost black shade of his gloves and boots look cool, too. But altogether, he doesn't do anything to excite me at all. He does fit in really nicely with the new Target Exclusive Dart and Barrel Roll, which is cool, but he does not fit in well with the Toys "R" Us Desert Patrol set, a team he is supposed to be included with. All in all, his colors are pretty bland and do not suit his mold very well at all.

Accessories here are kind of strange, to be honest. He does come with the machine gun/shotgun combination that I believe he came with originally, but other than that, he comes with one of those strange Valor Vs. Venom wrist-coms (and is the only figure to come with one) and Red Spot/Flint's just plain strange as heck laser gun. Why this is, I have no idea...I guess I'm happy he came with at least one worthy weapon, but those others just seem silly.

Well, I can't imagine the Joe packs in this wave will garner much attention anyway, but just in case anyone was considering purchasing these, I don't really recommend it. The paint apps on both, while somewhat interesting, still end up substandard compared to the originals I think, and don't add enough to the mold to deserve a separate purchase.

The subteam they're supposed to be a part of does not match their uniforms in the slightest, and the mold is just not exciting enough on it's own to liven up these pretty boring colors. Let this one sit on the pegs, and scoop up an extra Viper/Tele-Viper pack, I'd say. 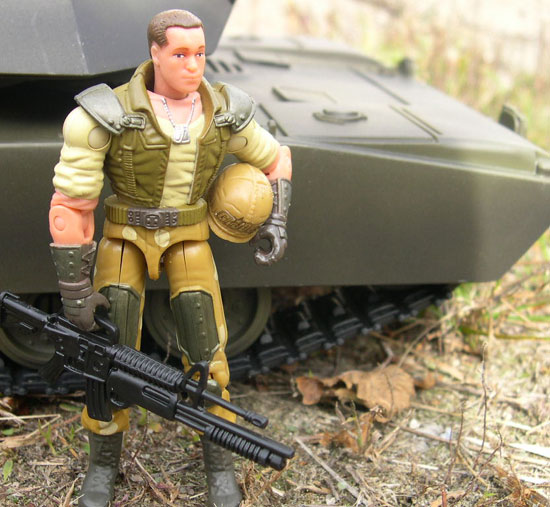 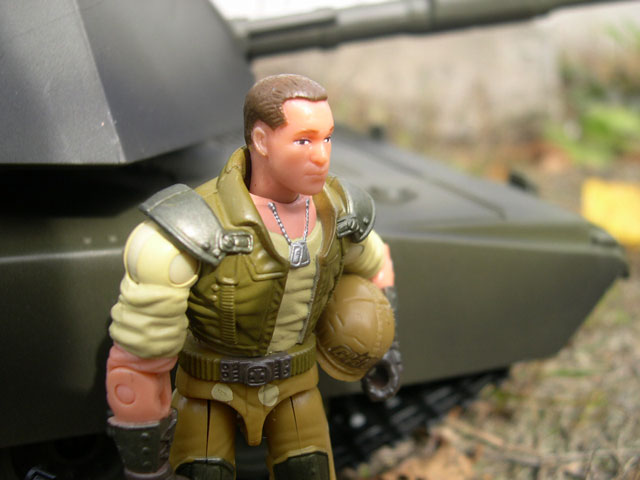 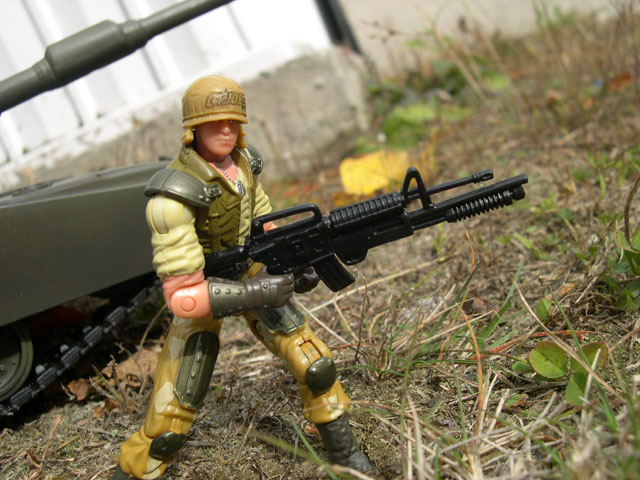 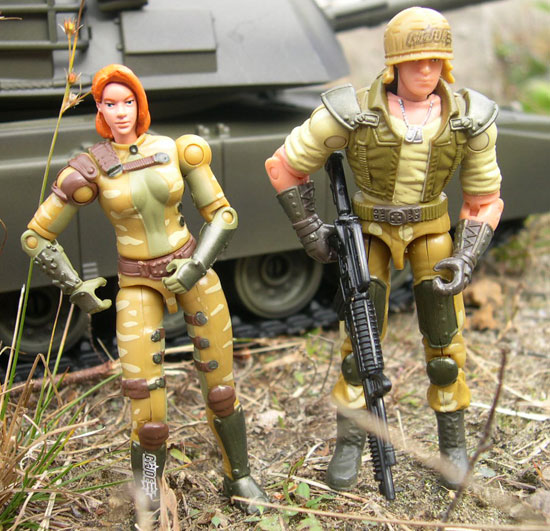