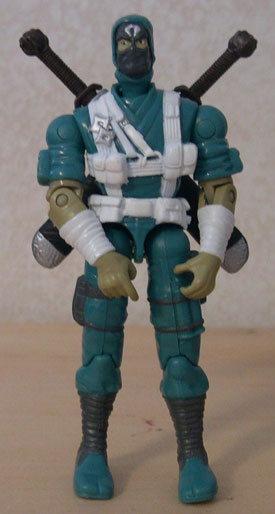 For what seems like forever we've been hearing rumors of an o-ring version of the original Wave 1 Storm Shadow. People have been clamoring for it, it's been supposedly appearing for months and months, yet the figure always seems to find a way to get postponed or cancelled. Well, it's finally hit shelves, only not as Storm Shadow, but as what appears to be an updated Ninja Viper, now called "COBRA Ninja Trooper". Does this new figure work? Yeah, I think it does...although moreso as an homage than as a really effective new figure.

This figure proves that, sculpt wise, any way, Hasbro did have some stuff going for them back when this new series first started those two rocky years ago. Even without an o-ring, those figures had pretty neat detailing and effective uniform designs. The fact that a re-tooled version of one of those figures could be released now and at least somewhat fit in really proves that assessment.

The overall base of the uniform is very ninja-esque, with a somewhat baggy martial arts uniform, two-piece hood/mask ensemble and the always popular (with me, anyway) wrapped arms and legs. These features all come together nicely to create a pretty decent classic ninja figure. The twin strapping along the torso adds an even cooler element, enabling Hasbro to fit a few pouches on there, plus a pair of throwing stars. His belt contains the same types of pouches, and even his legs carry an assortment of ninja gear. He is loaded with stuff, but not overloaded...a nice blend of sculpting, I think.

The re-tooled o-ring construction works pretty well, too, surprisingly enough. All parts seem to remain in proportion, and the movement is slick and easy. It almost looks like it was originally constructed this way...almost. The mold design and construction does look pretty dated, though, when compared to figures like the Wave 4 Storm Shadow...still, for what it is, this figure is pretty neat, I think. One downside is the look of his head...it almost looks different compared to the original Stormy...looks a little gangly and tiny for whatever reason.

This is where things get a little questionable. Okay, first of all, it's blatantly obvious that Hasbro was definitely going for a Ninja Viper homage, which is cool. However, by making this figure an homage, they really limit the army building, I think, simply because who really needs an army of teal green ninjas running around?

Personally, I kind of dig the color choices, only because I like my paint apps weird and bright, but I can see how a lot of folks would hold back on troop building.

The green base, while odd for a martial artist who specializes in dark combat, is a neat shade of green/blue and is something nice and different to look at. I really like the even darker shades of turquoise along the legs and the face, and the white stands out nicely.

Straps and bandages in white bring up a nice splash of color and do wonders to make the figure more interesting...all in all, I really enjoy the color pallet of this figure.

Nothing of any real excitement to mention here. A double sheath w/ two swords, and a knife. Nothing surprising, nothing new...but effective weapons for who the trooper is, to be sure.

While we do seem to be getting inundated with ninjas lately, as long as Hasbro is putting out ninjas of quality, I won't complain. Figures like the recent Storm Shadow and these two only help the ninjas cases, and while I don't think I'll be army building these at all, they will look neat on display and I think are worth a second look at the checkout counter. 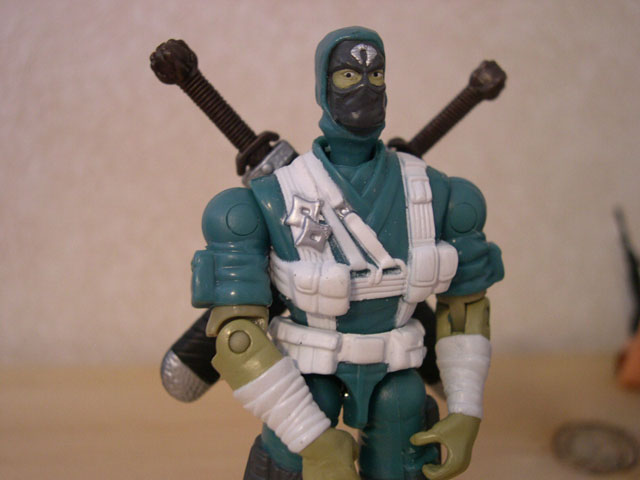 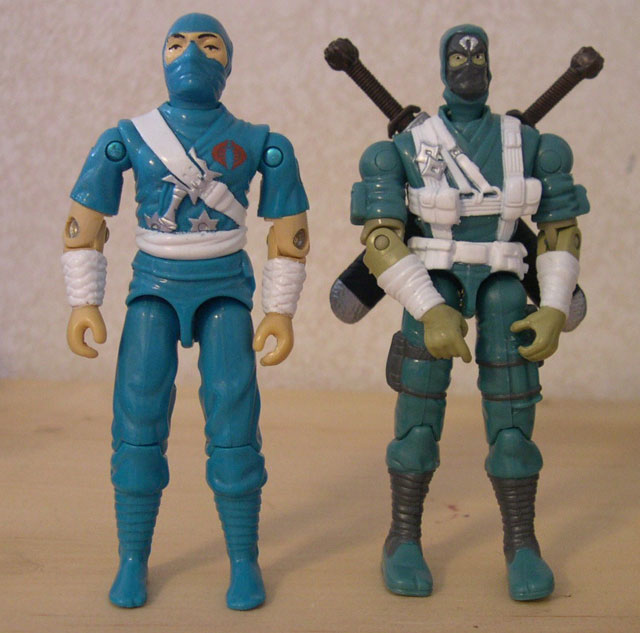 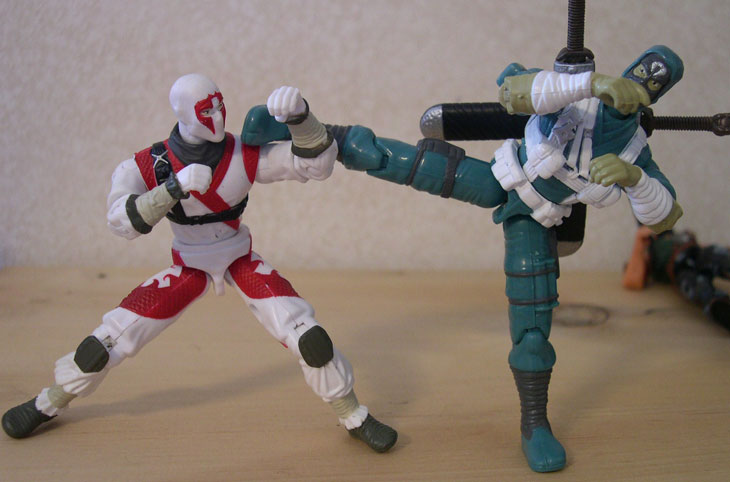 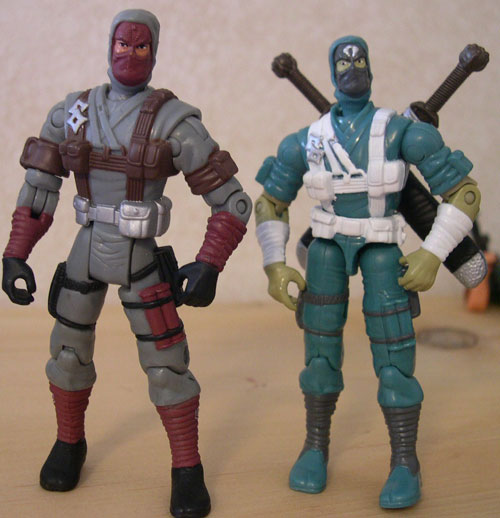