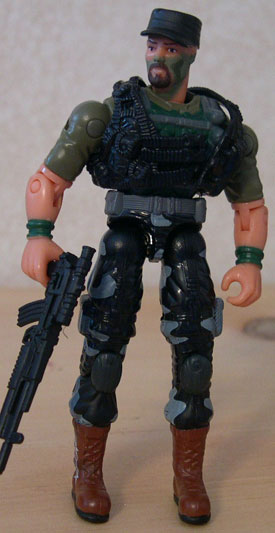 Let's all face it...poor ole' GH as gotten the royal shaft as far as new sculpts go. He has gotten figure releases with nearly every variation of theme since 2002, and quite frankly, none of them have gotten it right. Believe it or not, I think the Wave 1 version was the closest, and it just needed o-ring construction to be credible...but everything since then has just pretty much stunk. Sadly, since this uses his Wave 8 mold as a base, this figure is really no different.

As I said, we got the Wave 8 figure as a basis, which means proportion problems galore. His torso is the shortest of the short, his arms are super-stubby, and his legs are long and gangly. He had potential to be cool with the overall design of his uniform, but the rampant misrepresentation of his basic body parts relegated him to permenant exile, at least to me.

The head scuplt is hit or miss...it's a basic bald head w/ goatee, which could be interspersed with countless other characters these days. It doesn't especially LOOK like Gung Ho, but it's not terrible. The quilted torso looks pretty neat and could be effective if it was larger than his head. The vest/straps combination in the mold looks good, again treading the line between realistic military and non. For a new sculpt figure, this one actually tries very hard to maintain his military roots...he just looks too darn silly to pull it off. The legs, as I said, are way too long, although the pant-molds look authentic, well detailed, and nicely sculpted. The holsters and straps are in the right places and everything looks pretty well thought out. It really is unfortunate that the proportion folks were out to lunch when this final product was green-lit.

This is one bonus to the figure, although I'm not sure it's enough of one to warrant a purchase. The figure is clad in a "Night Force" motif, using dark greens, grays, and blacks to accomodate a nighttime setting for infiltration. The legs are done up in a nice black/gray camouflage pattern which, surprise surprise, actually matches the recently released Night Force team. The dark green is a pretty close match for it, too, and all that's really missing is the criss-cross patterns on the uniforms (which were completely throw-away, anyway). The combination of colors works pretty well in this regard, and if the figure mold itself was more desirable, we could have a great new update. As it is, it's just polish on a pile of mud, and doesn't really do much to enhance my desire to own the figure.

Gung Ho comes with the same assortment of gear that his original version did, including a removable hat (which is actually kinda neat), Chief Torpedo's machine gun, and Crosshair's tac vest (which doesn't fit. :/). As you can probably tell, none of them work wonders for the figure or for me, and don't provide any additional incentive for a purchase.

I really like the Night Force subset, and Gung Ho might almost be a worthwhile addition to it, if not for the Wave 8 scale problems and even more stubby arms than normal. This figure is pretty nasty looking, even with the nice paint job, and I only hope Gung Ho gets some street cred soon. The Wave 4 version would be terrific if not for the action attack, and here's hoping Hasbro gets a chance to fix this problem so we can get a worthwhile Gung Ho before too long. It's really too bad, too, since this Gung Ho is almost a terrific figure...and conceptually, really works for me. Execution-wise, though, his scale problems and stub-arms just bring him down too far. 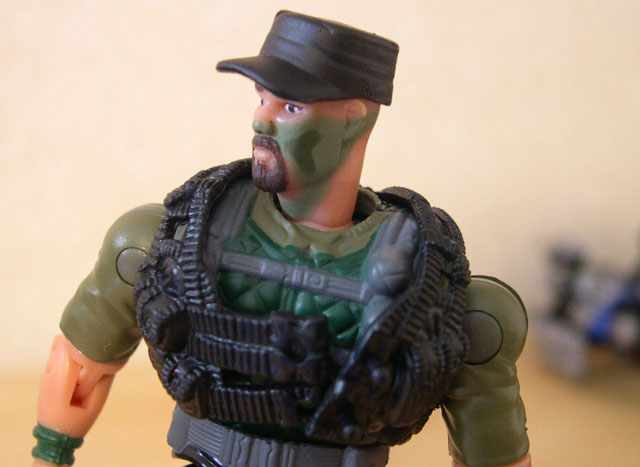 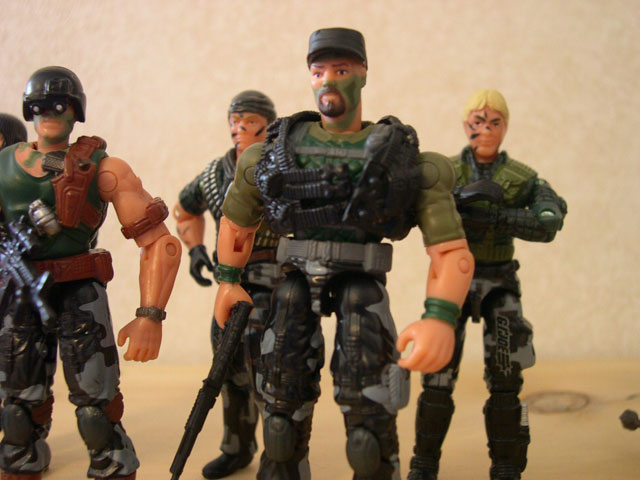 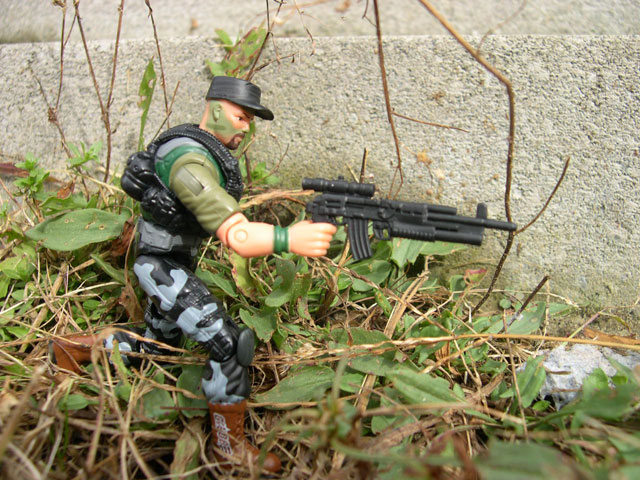