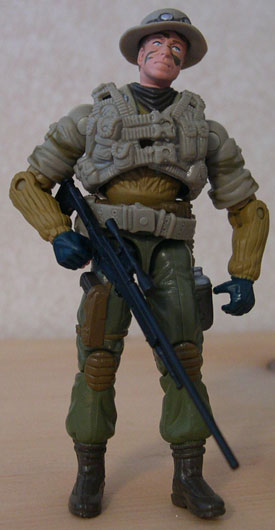 Throughout the classic history of G.I. Joe, we only really got one "sniper"...Low Light. Whether the specialty was too taboo back in those days or there just wasn't much interest, the fact is, he was the one and only marksman on either side of the fence. As the new sculpts got released, that quickly changed. Since 2002, we now have three different snipers...two Joes and one COBRA, and this suits me fine, as I see it as a pretty critical componant of the military machine, both for kill-power, or for instruction purposes.

It's pretty cool, too, that every one of these sniper figures is a pretty cool one, mold-wise...but none as cool as Crosshair.

In Wave 5 (or Spy Troops Wave 1, whichever you prefer...) Hasbro hit the bullseye. Pretty much every figure was a great figure, a great character, or both. Cool code names, new characters galore, proportional molds, and new accessories. It seems like so long ago.

Crosshair is widely regarded as one of the greatest new sculpt figures released to date, and it's a declaration he wholeheartedly deserves. His face sculpt is simple, but extremely character-driven, and looks fantastic. As I said, his mold is slim and proportional, with nicely sculpted legs and arms, actually working well together. He has a strong, powerful military motif, yet looks different enough to belong to an out-of-the-ordinary strikeforce. While I'm not a huge fan of the mid-riff vest, it's a small complaint when looking at the bigger picture. The vest hides a nicely detailed shirt, and I LOVE his quilted long sleeves...this is a big thing with me and a reason why I like strange figures like Skidmark and Captain Grid-Iron. Something about those quilted sleeves just looks cool to me. His fingerless gloves are on hands a tad too small, but they grip the sniper rifle well. His legs are straight-up military issue with nice added kneepads (since he is a sniper and all) and very cool boots. Just a great figure mold-wise, all in all.

Well, nothing is really going to top the two previous paint decos we got for this figure. He came outfitted in a perfect jungle-green themed uniform for his first release, and his second "Night Force" release (coincidently, in this same wave assortment last year) was absolutely perfect to a "T". It covered night operations, urban operations, or anything in between. This figure, while still maintaining a cool camouflage deco, just isn't quite as cool as the previous versions. He may top version 1, but compared to the Night Force Crosshair, he doesn't really match up.

His vest and pants are done up in the same tan/gray/green of Alpine's base color scheme, and like Alpine are really some pretty cool base colors. They blend in with numerous environments, look pretty realistic and blend nicely together. I dig the camo on Crosshair's face, and the black gloves stand out nicely, too. The paint apps over all seem a lot crisper and clearer on a non-paint washed figure and the overall effect is pretty decent.

Tiger Force would be a whole lot more successful as a unified team of troops if Hasbro could come to a consensus on color and styling, and then stick with it. When every other series of "Tiger Force" figures come in completely different decos and color themes, they are completely pointless and do not work as a team at all. These two figures don't seem to match ANY previous installments of Tiger Force and just fall pretty flat in that regard. However, Crosshair at least stands out nicely as his own figure, even if he's not quite as cool as the previous two versions.

Well, at least Crosshair comes with his same old cool accessories...that much hasn't changed. His vest, belt, and hat all remain great and I love their rubberized texture that allows them to fit easily. His sniper rifle still works very well also, and in black, it's a great little weapon.

Crosshair is an amazing figure, but this version is not the best of the three. The mold and accessories remain fantastic, but considering you have two stellar versions of the figure to choose from, I can think of few redeeming reasons why you should bother picking this one up. The addition of the camouflage pattern does help to give the figure some new life, but not really as "Tiger Force" and not necessarily any more effectively than the previous offerings did. Since Alpine is just plain bizarre, I cannot really recommend this set. 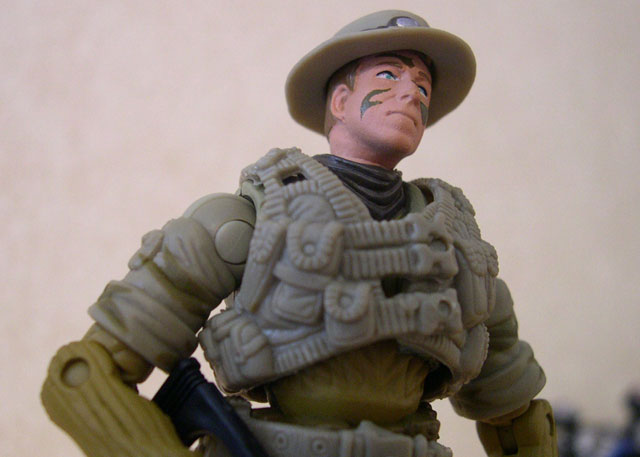 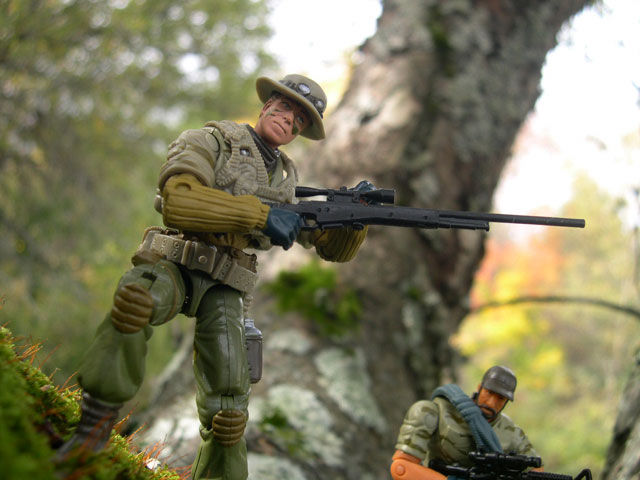 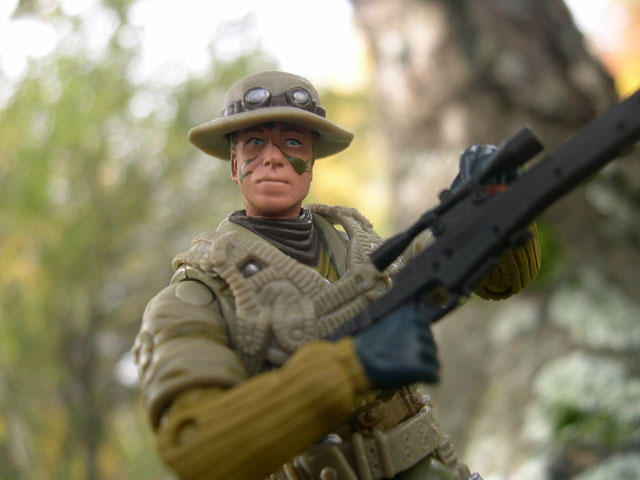