The B.A.T. has been a standard character in the Joe mythos since 1986, and amazingly continues to be a fan favorite even amongst those people who don't like the science fiction elements of G.I. Joe.

COBRA utilizing android troopers to do their dirty work makes some sense to me in one way, although personally I'd much prefer the characterization of humans over the blind obedience of androids any day.

Since 1986, the B.A.T.s have taken many different approaches to their design elements an accessory compliments, never really appearing the same way twice. Some folks prefer the original version, some like the '91 mold. A lot of people liked the Wave 4 sculpt (1st series, not VvV) although were not crazy about the lack of swivel arms.

For whatever reason, though, people seem pretty against the newest mold for the Battle Android Trooper...really, I can't figure it out. The mold is awesomely detailed, very evil looking and has some great accessories. Maybe I can take this chance to try and convince some people of the merits of this new version.

I've said it before reviewing this figure and I'll say it again...I really, REALLY like this figure's mold. Is he short? Yeah... is he wearing cut off pants? Yup. But, man, this is one evil looking B.A.T.!

Other versions have looked mechanical to a point...but I never really found any of them threatening. This B.A.T. looks ready to jump on any human it comes across and tear 'em up. It starts with his head sculpt...it's an almost insect-like shape and look to it, complete with cool twin antennae and a nasty green-eyed stare. His metallic, toothy grimace lends itself nicely to a B.A.T. and really makes the character very cool.

The rest of the body mold is almost an afterthought to me...it all compliments the head pretty well, but it's obvious that the head sculpt was meant to be the main draw with everything else just kind of going with the flow. His torso is nicely proportioned and has a cool combination of cloth and metallic substance. His bare metal chest has some excellent, intricate sculpting and blends nicely with his "uniform". The arms use the same theme and mesh nicely, as do the legs. I know there are many folks out there who complain about the B.A.T.'s "jogging shorts" but I don't mind them so much, especially because the robotic legs look so nicely built. The smooth angle of the legs and robotic feet are all just as nicely detailed as the rest of the figure and bring it all together nicely. A great updated B.A.T. mold, and I'm not ashamed to say it's probably among my favorite molds for the COBRA Battle Android Trooper.

This is also a big highlight with this figure, and I won't hesitate to say that this is the best paint job this figure has received yet. While the first version was a great mostly black rendition, the purple highlights turned off many fans. The second, almost rusty colored B.A.T. was just bland and boring, I thought,,,this version is right about perfect.

Still using black as the overall base works well, as the B.A.T.s have had black uniforms from the beginning. Rather than go back to the trusty yellow that many updates seem to like, Hasbro dipped into blue for the trimming this time around, and it looks terrific. The shade of blue they picked is rich and bright, with lots of color and character. Because of these paint apps, this figure is far and away the best version of the new B.A.T. mold to date...no question in my mind at all!

Nothing really new or revolutionary, but he has the twin removable hands and all of the various accessories he came with originally, PLUS a version of the submachine gun that the original Wave 4 B.A.T. came with! A great accessory compliment, to be sure, and another bonus of this particular figure.

You know, I'm not really a huge B.A.T. fan, and in a way, I'm sort of dreading the theme from next year. I'm willing to let it play out and see what Hasbro does with it, but I'm not especially looking forward to it. However, I do know a decent figure when I see one, and I think this version of the B.A.T. is a great figure, and makes a good addition to COBRA's android army.

The combination of the cool new sculpt detailing, mold, and awesomely applied paint applications makes this figure very appealing. Considering he comes with the fan-favorite old new sculpt B.A.T., I have no questions that this will be a desirable pack...I think it's pretty cool myself and feel comfortable recommending it for purchase. 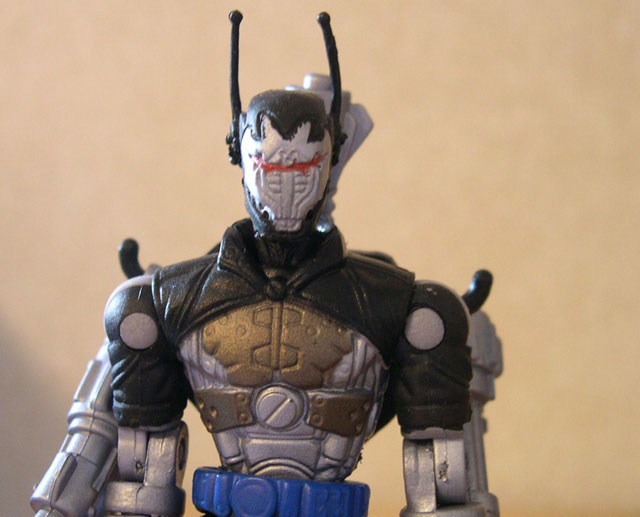 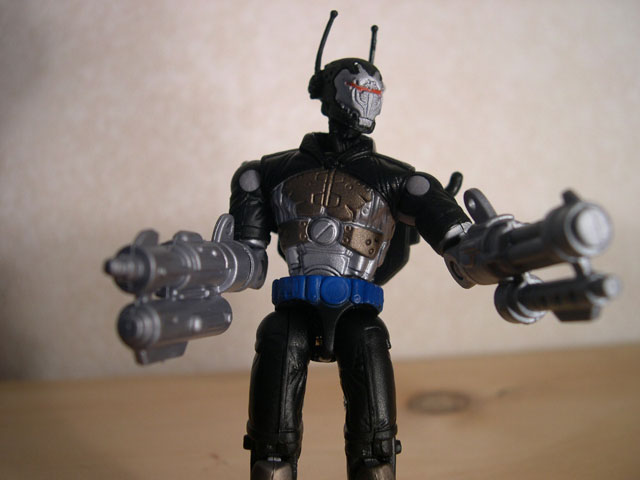 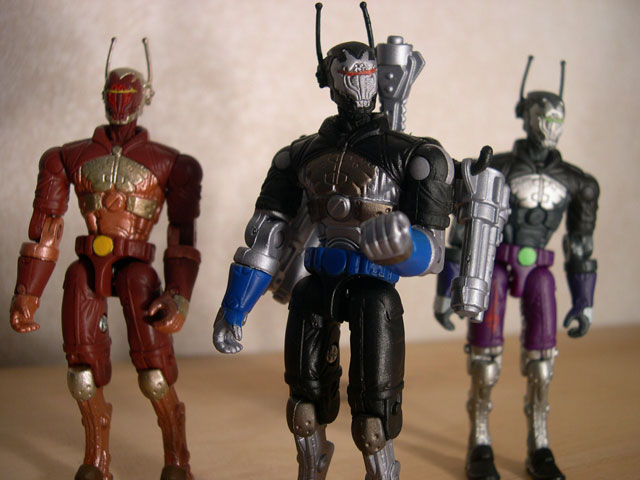 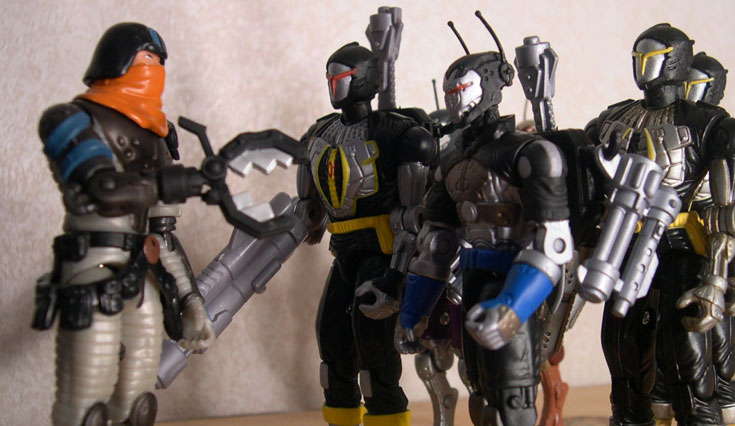