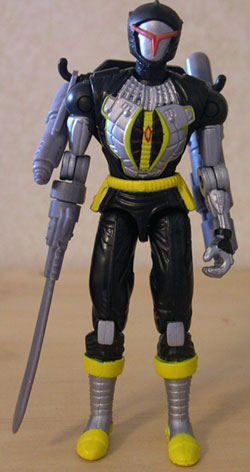 Now, I hope everyone won't jump on me at once, but this version of the B.A.T. really doesn't do a whole lot for me, honestly. It's not that bad...I like the fact that the figure is tall and lanky, and very robotic...but there are certain features that just fall flat. His squished head...non-swivel arms...scrawny mold. He just doesn't seem nearly as threatening as the newer version, even if he is quite a bit taller. Not only that, but we've already gotten countless repaints and re-releases for this figure already...sure, next year is the arrival of the B.A.T.-related theme (supposedly) but this version of the tall B.A.T. certainly doesn't do anything that any of the previous versions didn't. I suppose if you still feel the need to army build even MORE of these figures you now have a chance, but personally, I'm not sure why.

Since the years that this figure has been released, I've grown slowly less and less enamored with the look of the mold. He is a tall figure, which is neat, considering he's an android, but besides his height, there is absolutely nothing intimdating about him, I don't think. He's tall and scrawny, and looks like a single gunshot will break him right apart.

His head sculpt seems squashed in a way...it's not rounded or in proportion, which is fine for a non-human figure, except his head just doesn't look cool, I don't think. Especially not compared to the newer version. His torso is extremely short and squat and his tiny arms and legs look barely able to hold his metallic frame.

I do like some of the robotic detailing of his arms and torso, but the odd rounded belt and boot trimming just doesn't work for me real well, not to mention the lack of a swivel arm anywhere. Yeah, this sculpt of the B.A.T. really falls pretty flat for me...I'm not sure if it's mostly because of the newer version (which I LOVE) or what, but for whatever reason, I'm just not a huge fan of this mold.

It looks to me like Hasbro used the Wave 7/Army builder version as a template, using the new sculpt mold, but adding a more classic black/yellow B.A.T. theme for the paint deco. It's a neat idea, but, hey...it's been done. TWICE. I'm not so sure we need a THIRD black/yellow B.A.T. thrown into the mix here. Also considering the fact that next year we're pretty sure to get almost flooded with new B.A.T. figures, I almost wish Hasbro would concentrate on the humans this time around to get us some more cool characters and not emotionless, non-motivated machines.

Differences between this figure and the other two black/yellow B.A.T.s are there, but somewhat minimal. The yellow/silver colors are reversed in some places (most notably the boots) and there are some added yellow details on the torso. His "eyes" are back to red instead of the yellow they'd been.

Still, even with the differences, are they enough to be worth a new purchase?

Like the paint apps, been there, done that. It's a decent assortment of his removable arm-weapons, but not interesting enough really to comment on. They fit well as they have, and give him a virtual arsenal of attacks, but nothing that really wows me.

Yeah, I think this version of the B.A.T. has grown a little stale. I still really like the VvV sculpt one, but not so much this version...it just seems "clunky". Still, I guess those folks who feel the need to supplement their armies with android troopers will find some comfort here. I'm not one of those people, really, so I don't feel a need for this figure.

However, I do really like the other B.A.T. in this pack...I like it enough to recommend this pack in it's entirety, even though this figure isn't all that impressive to me. Considering they are both army builders, I'd say go ahead and buy a few if you're so inclined, but mostly for the other B.A.T. pack-in, not necessarily for this one. 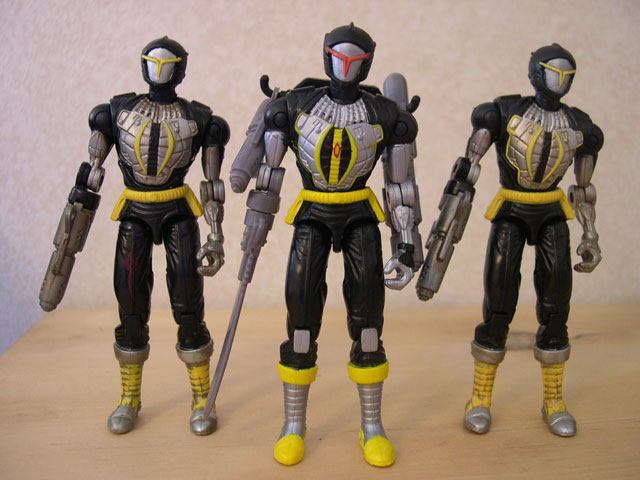 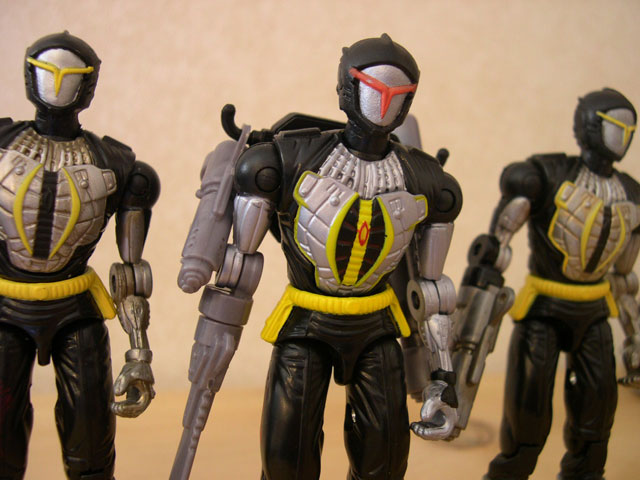 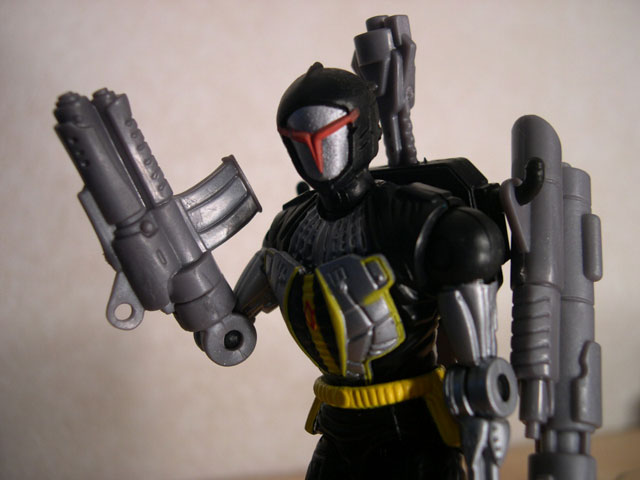 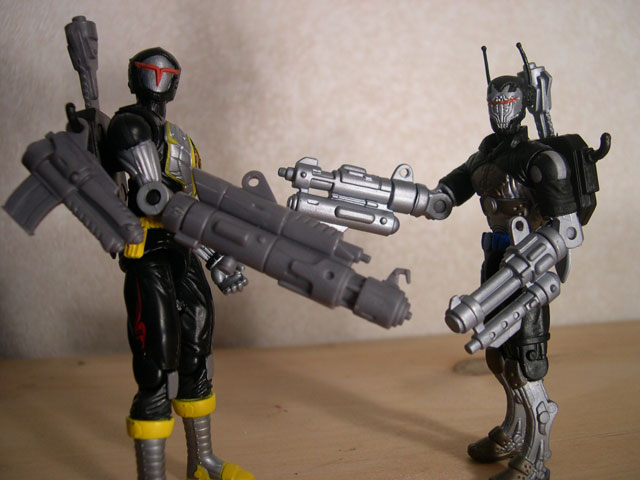