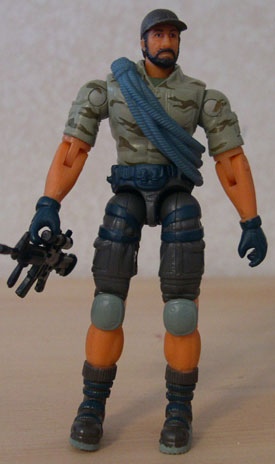 I don't know what it is that makes some characters seem to "mesh" together so much better than others...why in the comics did Larry tie together Snake Eyes, Scarlett, and Stalker? Why are The Baroness and Destro linked? What makes these characters work together?

The cartoon also featured several pairings that seem pulled from nowhere, yet are explored really well in the animated show. Even though I do not follow the cartoon "coninuity" I cannot help but pull characters like Wet Suit and Leatherneck, and Alpine and Bazooka together. It just seems natural. Alpine didn't see much use in my world until I saw a few episodes with him and Bazooka on TV. While I hated how Bazooka was portrayed with a white-hot passion, I didn't mind Alpine as his foil, and his attitude seemed pretty neat. Since he was rarely used in the comics (although when he was used in the invasion of COBRA Island, he was used GREAT) his cartoon personality was really the only one I had to pull from. While the original '85 mold didn't really excite me as a kid, it has defininte appeal now that I'm an adult...I honestly am not sure that this new mold will be able to hold that same appeal, however.

First of all, I'm not real sure why or where they come from, but those pesky Wave 7/Spy Troops proportion problems seem to eek their way into the Valor Vs. Venom line here and there. The long legs/short torsos are bad enough on their own, but when combined in packs with characters with the "standard buck" they look even more rediculous. Figures like Alley-Viper v.2, and Alpine just stand out and don't mesh. This is Alpine's major flaw.

The mold itself is nice and simple...some would argue a little too simple. Dressed in your basic short-sleeve khaki shirt and shorts, with only kneepads for protection, Alpine looks hardly ready for combat. I can't really help but agree, although not to the vehement intent that some folks have. I don't especially mind the relaxed look, as long as the colors maintain a decent degree of concealment. G.I. Joe has never really been a straight-edge military unit, so I can accept figures with different states of preparedness, and I can see Alpine, as a mountain climber, dressing this way.

His head sculpt is pretty nice...he's got his trusty hat and a nice, full beard...something that is extremely rare on today's G.I. Joe figures. He doesn't have his goggles, which is a very minor thing, although his head looks a little plain without them. All in all, though, he looks like an older, more experienced Alpine...which isn't a bad thing. If Hasbro toned down the legs and lengthened the torso, then maybe added long pants, the figure would be a lot better. As it is, he really isn't very successful.

Okay...what the heck is going on here?!? Is Hasbro honestly coloring Alpine an almost yellow twinge?? I mean his skin is just...well...just wrong. It doesn't match any real skin tone I know of, and certainly doesn't match Alpine's normal dark complexion by any stretch. The figure I have looks almost caucasian (which is wrong, any way) but even too yellow to work in that arena. I mean, I know they're going for a Tiger Force motif here, but if there was one thing everyone complained about with the past version of this new sculpt Alpine were his unusually bright colors. Well, sorry folks, the problem's not solved here.

It really stinks, too, because the uniform colors themselves are really pretty nice. Even though they don't match any real Tiger Force motif (in colors or in camo patterns) they are drab, realistic military colors and look great. However the skin tone completely negates the effect of the uniform, because I can never use this figure as Alpine. Usually Hasbro seems to take the advice of collectors and try and "fix" things with the next repaints...in this case, they didn't fix anything. They actually broke it worse.

Alpine comes with a lot of the standard stuff that his previous version came with; climbing rope, grappling hook, etc... this version does come with the nice M-4 Carbine rifle that the previous one lacked, but no real great accessories that weren't already readily available.

Bleh. The skin tone unfortunately really ruins this figure, which had some great potential with the uniform color change. I think this almost makes me more frustrated than I would have been with just a normal sub-standard figure. A lot of Alpine had some great potential (a potential matched by Crosshair), but the bizarre skin color choice really just blows my mind. Perhaps there will be a running change to fix this...I seriously hope so. As it is, this pack just screams "peg warmer"...good thing it's one per case. 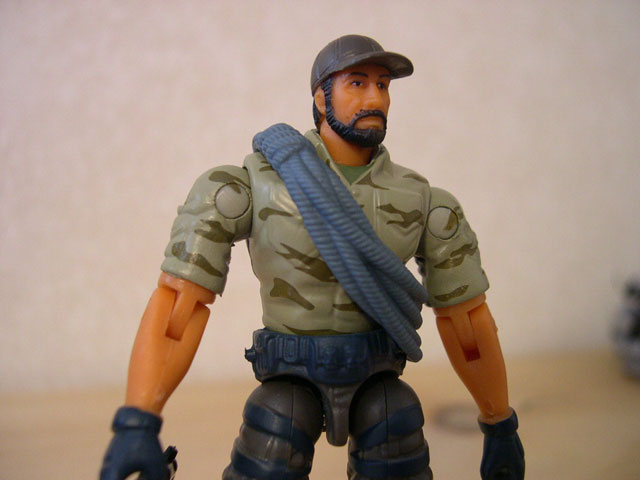 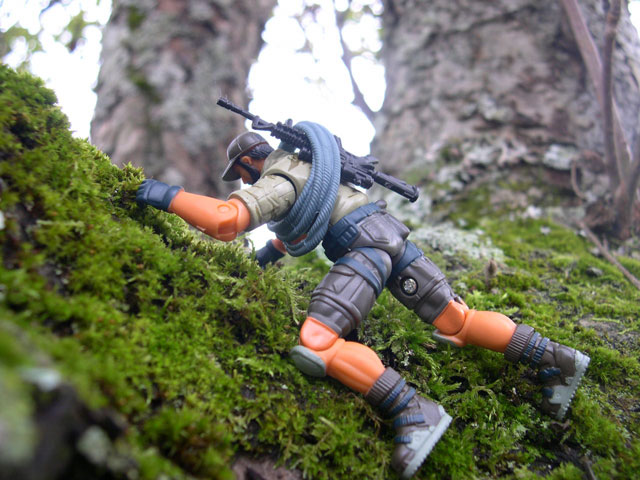 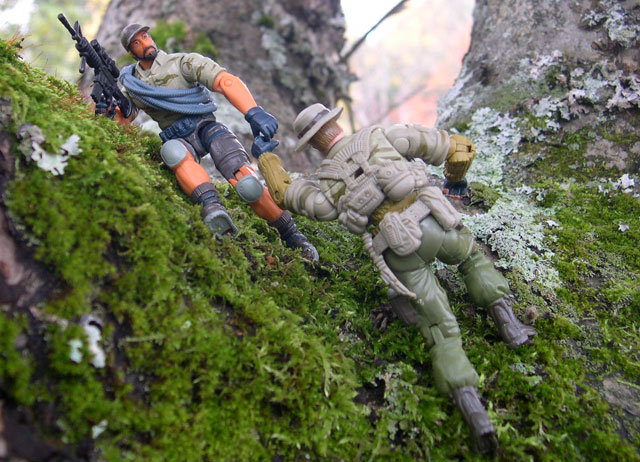 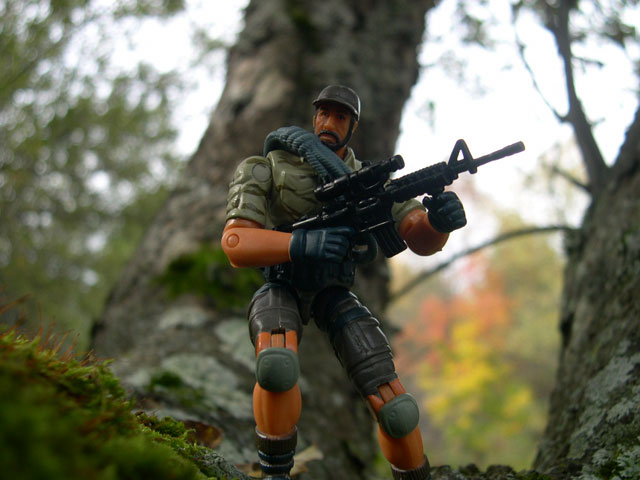