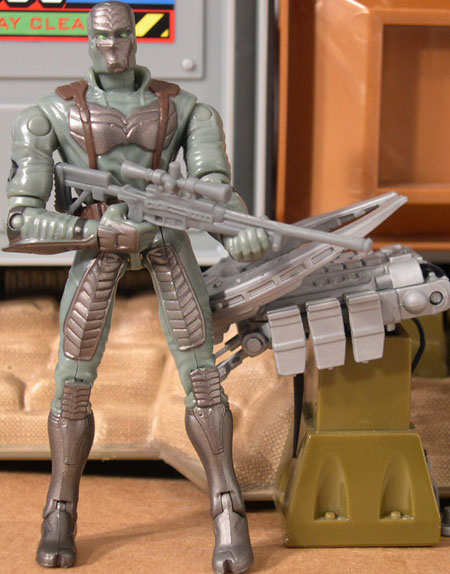 How many Night Creeper fans in the house? Anyone? Hello? Maybe I'm imagining it, but it doesn't seem like the Night Creeper clan gets much love from the Joe community. I don't see a whole lot of Night Creeper fanfiction, Night Creeper customs, or Night Creeper...well...anything. Ever since I was a kid, the idea of techno-ninjas just really made me smile. The prospect of these insanely well-trained martial artist/catburglars enhanced with state of the art technology sounded really cool to me.

I mean these guys are so well-trained they could go toe-to-toe with most Joes out there...add in to this the fact that they have these armored uniforms and highly advanced tech systems throughout their arsenal, and you have a very formidable fighting force...one not give quite enough credit in my mind. I've always wanted to work the world of the Night Creepers into my Joeverse and perhaps soon I'll get a chance to do that. Will it include these new Night Creepers? Yeah, it probably will...

Wave 7....ahhh, good old Wave 7. The wave that took figures that were some of the best conceptually that Hasbro had worked up, and then crammed horrible proportions into them and almost ruined the Wave. Wide Scope, Lady Jaye, and Night Creeper were three really great looking figures, until you actually saw them released. Then the short, squat torsos, insanely long, lanky legs and odd fat forearms took over and just made you shake your head a little bit. Hasbro seemed so close, but so far away.

Unfortunately, this figure maintains the proportion problems of the original Wave 7 Night Creeper, but had the potential to be okay with the possiblity of being a Venom-trooper. Similar to how Hasbro turned the almost rediculous looking Snow Serpent from Wave 3 into an almost respectible Snow Wolf in Wave 3, I figured maybe they added some strange DNA to Night Creeper to make him long and lanky, and possibly make him cooler. His green tinted eyes really seemed to confirm that.

However...nothing on the package and nothing on the filecard admit to it. :/ Unfortunately, I think Hasbro really missed an opportunity here, because I can see no reason now why Night Creeper has green glowing eyes...he looks pretty darn cool, I must admit, but it would have been nice to get a reason for it...as it is, it looks like some pretty excellent night vision equipment...But none of this really talks about the overall mold.

Proportion problems aside, the mold looks cool as it did back in Wave 7. The combination of nicely detailed wrinkled cloth and layered metallic body armor works well here as it did then, and I love how they can incorporate typical ninja motifs and technological wizardry into one figure. Night Creeper has the classic ninja splt-toe shoes and familiar pattern mask, yet with the angled body armor and metallic colors, really looks like a futuristic COBRA trooper. All of this would be a LOT more effective had his legs been about 3/4 as long and his torso about 1/4 longer, but still, the figure has some great design elements.

Some of the cooler aspects of this figure are also the improved articulation; something that seems a no-brainer when you're talking about characters with advanced martial arts abilities. His swivel wrists and pivoting ankles are all present in this figure and they continue to work well, providing some great poses for him to be placed in. And I must admit it, even with the issues with his body shape, this figure is just plain fun to play with and put in different fighting positions without any parts to hamper his poseability. What a potentially terrific figure this could have been, and it is instead, just okay.

This is a toughie...one the one hand, I love the bright blue and silver paint apps of the original, but realize that such a dynamic color scheme is not very befitting a stealth-oriented ninja trooper. The colors here are a dull gray and almost rusted metal armor and, while a little drab, work very well for a night ops ninja trooper. This Night Creeper being a night ops stealth infiltrator works pretty well, actually, with the green paint on the eyes, as well. It's really nicely applied, giving them an eerie, glowing effect that could just be his mask-built night vision, or could be some venom-induced animal wackiness. Either way, the effect is very, very cool, and really brings some life to what could have easily been an uninspired figure.

Night Creeper comes with a sniper rifle previously released with Tunnel Rat, but more importantly, also comes with the infamous Spy Drone from the Valor Vs. Venom movie. This is that little flying critter that snags the DNA from the animals to inject into human "volunteers" to turn them into V-Troops. It's a very cool little robot with neat rubber tentacles (that are a pain to put in...). Perhaps the coolest part of the little spy drone is the winch with footpeg on it! That's right. COBRA troops can use these little things as insert craft or mini-escape vehicles. Very cool, I think. An awesome little accessory, and one that I am considering stockpiling on.

Overall the figure is okay, but is set back by the familiar proportion issues that a lot of last years' figures suffered from. It's not really a worthwhile update either, in my mind, since I like the crisp blue and silver paintjob more than this somewhat dirty one. I do like the drone he comes with, and the glowing eyes move the figure up a few notches in my book, but over all, I can't heartily recommend this pack as much as I would some others. It just doesn't have the same bang. 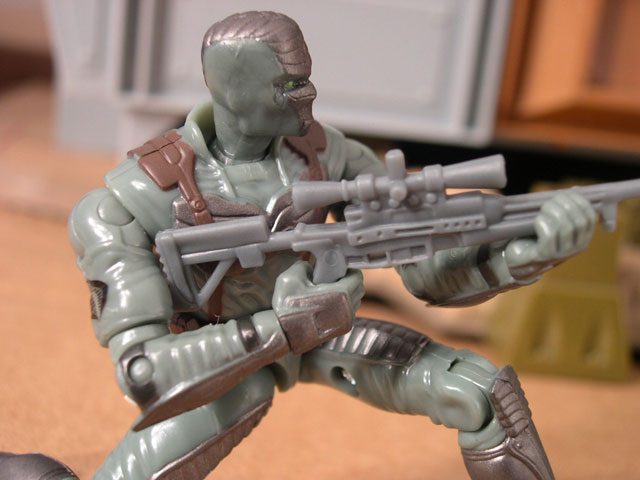 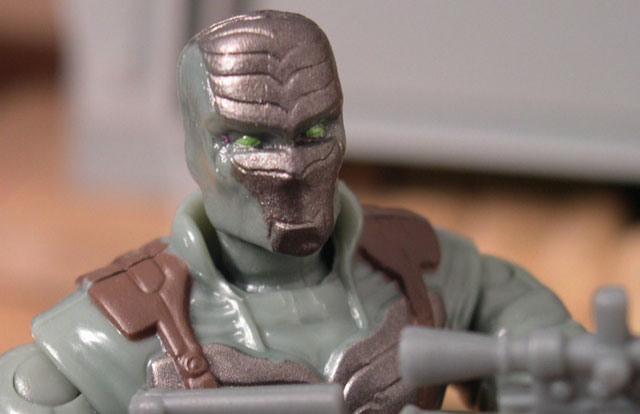 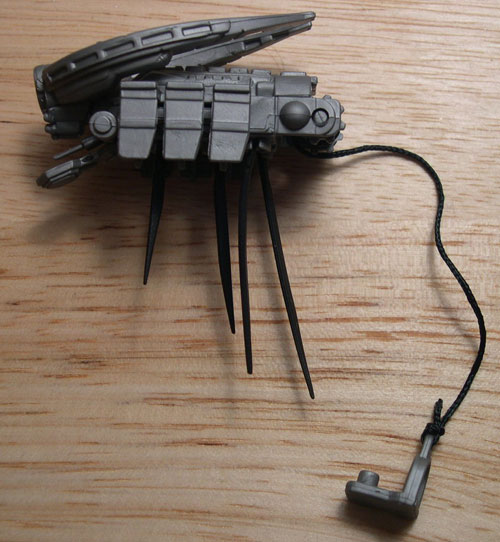 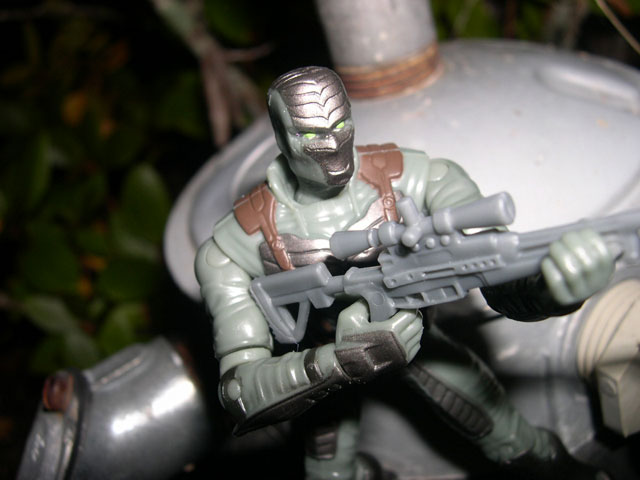