Well, it's about flippin' time. While I really don't mind Duke getting all the attention in the main Joeline, it's always nice to see the real man tossing orders around get his time in the spotlight, too. Ever since Duke came out of 1983 leading the Joe team with his chiseled jaw and lady-killing attitude, Hawk has been a vague shadow in the background...at least to the vast majority of people who give G.I. Joe a passing glance. Truth be told, in the comic world, ole Hawk has always been the number one man, and even though his figures have been repainted versions of his '92 Talking Battle Commander for the past 4 years, with this release, we're finally getting a new sculpt Hawk and a version of Hawk to make us Hawk fans proud.

No longer toting the lame "Tomahawk" moniker, Hasbro has gotten more creative with his codename, and even throughout the entirety of the Valor Vs. Venom movie, called the General only by his short name.

Now, even though it's taken forever and a day to get a new sculpt of General Abernathy, was it really worth the wait? I say, emphatically, yes.

This is G.I. Joe done right, and proof that Hasbro still has the capabilities to produce a military accurate, well detailed, downright terrific looking G.I. Joe figure...not only that, but a great update to a classic character that retains all of the characteristics of that character and updates it to modern times as it should. Seems almost too good to be true.

We start off with the head sculpt, a great rendition of General Hawk from the determined face to the general's cap and nicely sculpted stars on the side of the hat. His hair is blonde (not gray as seen on the DVD... ;) ) and he looks as the good General should look at his age and in this day. His mold is nicely proportioned with broad shoulders, but not too broad, and a thick torso and arms. His jacket is nicely sculpted and well adorned with a holstered pistol and two grenades. It flows seamlessly into the rubberized coat-tails that limit articulation a little bit, but looks just plain great sculpted the way it is. From his dress jacket to his military pants...to his leather gloves to the brown-leather boots, this figure looks as General Hawk should look, taking cues from his classic versions and really making them work in new sculpt form.

The little touches are excellent as well...those small pouches on his jacket and the dull gray stripes up the middle of his boots. All of these little items are small additions to an already excellent mold that make this figure even better. Just to make him a little battle ready, they tossed some kneepads on his legs as well, which normally might not work, but in this case, actually look like they belong. Great stuff.

Like the mold itself, the color scheme of this figure is about as close to spot on perfect as you can get. A deep, dark green base for the jacket, suit, and hat, with some nice gold trim on the stars and in the applicable places throughout the mold. The leathery brown gloves look terrific, and everything just comes together perfectly. Just so this version of Hawk isn't stuck in green and brown neverland, they throw in some gray on the boots and kneepads, which works very well...the silver of the grenades only helps to brighten up the look of the figure as well. This is one of those figures that just manages to hit on all cylinders and quickly become a favorite of mine, destined to be my dafault Hawk figure in the times to come.

For someone sculpted to be a behind the scenes non-field leader type, Hawk comes with all sorts of way to put some serious hurtin' on the COBRA forces. He comes with a standard machine gun...something not too large, but a nice heavy caliber, and something that he looks great holding. He also comes with a pistol originally sculpted during the Spy Troops line. Lastly he comes with a pair of what appear to be new sculpt grenades. I'm not sure if they've been used before or not, but they're definitely different than Big Ben's, and those are the only ones I recall seeing before. I'm not sure why Hawk comes with them, but they're pretty cool and it's nice to see him come with a decent number of weapons at his disposal.

All you have to do is look at my screenname to know that I'm a Hawk-faithful. The man behind the team is the man, period, and I'm very excited to see Hasbro finally get our venerable General out in new sculpt form. Not only are they finally able to get him released, but they didn't have to butcher his codename, and the figure is a fantastic one, to boot! Even without all of the other great figures released in Wave 4, this one would have caught my eye and made me a fan of the Wave...as it stands it's one terrific figure in a lineup of them, and gives me great hopes to see what Hasbro can continue to produce in the future. Even though the Overkill figure that's packaged with this guy is a repaint, you should definitely pick up this pack, especially if you're a Hawk fan. It's a great figure and the two pack comes with scores of cool accessories...not only that, but the Overkill is the best one release as well, in my opinion. Buy it! 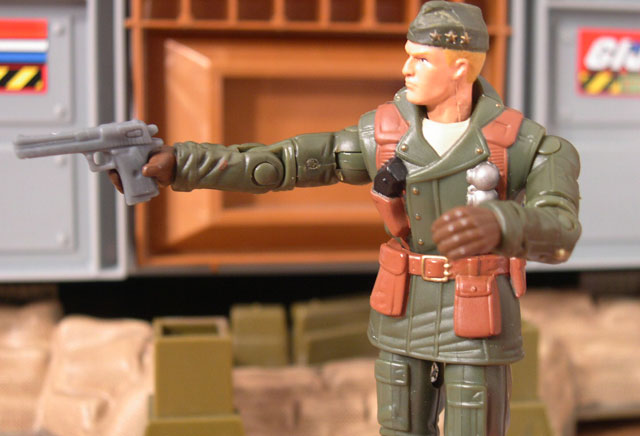 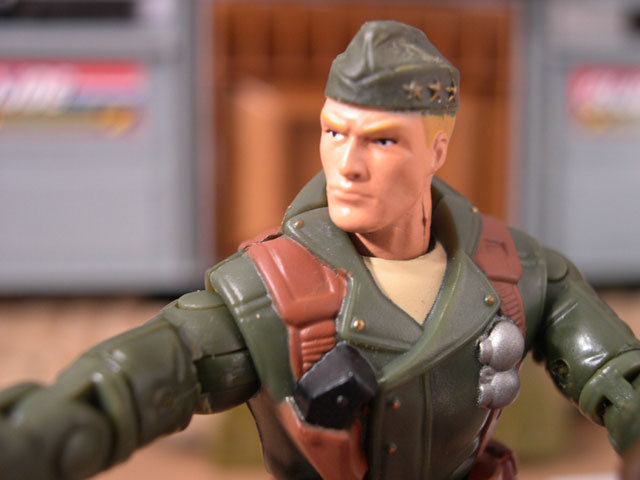 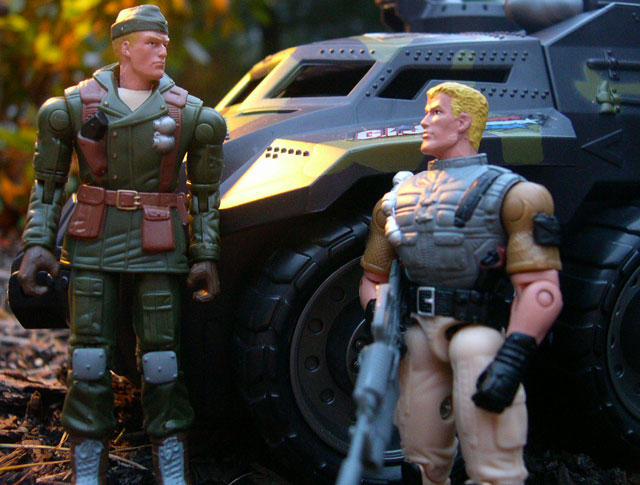