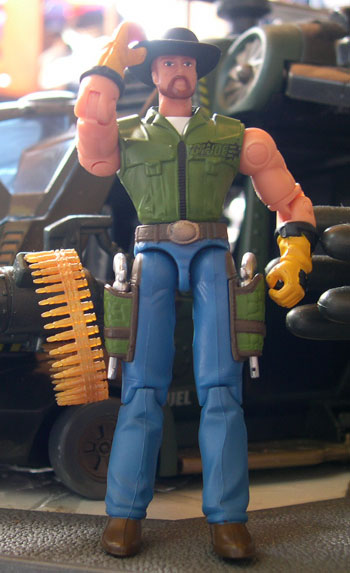 Wild Bill has always been the consumate cowboy, and sometimes played the role a little too well. Throughout my childhood I had no real interest in him as a character, and usually found my helicopters piloted by Lift Ticket, who just seemed to be a more interesting figure to me.

Now it seems I can't get away from ole Wild Bill. His figures are released in droves, and actually have pretty decent molds, and now that he's the G.I. Joe all-purpose vehicle driver, I don't see him going away any time soon.

Normally I might have a problem with this, but if they keep releasing excellent figures like this, you won't get any complaints out of me!

This Wild Bill is terrific in his simplicity...

I'm not really sure what draws me to this figure. The mold is nothing outstanding...it's really quite non-descript. He's got a normal western-style shirt with no sleeves and oversized padded gloves. His head sculpt changes his facial hair yet again, but I actually like this look better then either of his previous ones. For some reason the beard works for me better than the goatee, and even better than the handlebar moustache.

His legs are even more simple than his torso, with a plain pair of blue jeans over cowboy boots, but also equipped with a couple of trusty holsters (snakeskin, no less! ;) ). The pistols fit into those holsters perfectly and look very cool in their own right.

Yet as simple as the mold is, it just works...it looks like Wild Bill should look, and there is no doubt in my mind, that this figure will now be my default Wild Bill for pretty much anything.

The choices here are good ones, even if they are a little unusual. The green shirt is a nice shade of green...not drab like camouflage, but not overly bright, and it matches the snakeskin on the holsters well, too. His blue jeans are...well..blue, as they ought to be, and his cowboy boots are a trusty leather-brown. I love his hat in black, and I even dig those huge yellow gloves, which add a splash of color and just look really slick. All of the different colors come together and work great, all working off of each other and complimenting each other well.

Another area where this figure shines...it doesn't take much to get a decent Wild Bill figure. A cowboy had and two six-shooters and you've got it made. But it also helps when they're all sculpted so well and fit perfectly. The hat is a perfectly snug fit on his head and the two pistols fit great both in the holsters and in his hands. Not only do they fit, but they look really nice, too, taking the basic design and simplifying it, but still looking like what they're meant to represent. Some great new pistols.

Seems like it took a while this time around, but here's a Joe figure I can really stand behind. I'm not wild about the character of Wild Bill, but a figure like this almost forces you to like him. He's got a solid mold, great color choices, and lots of character, which is important.

Definitely the best Joe figure of the wave, and a lot of fun to play with. 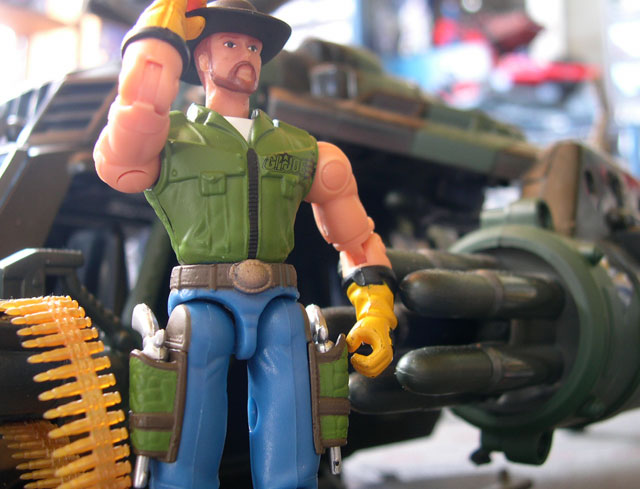 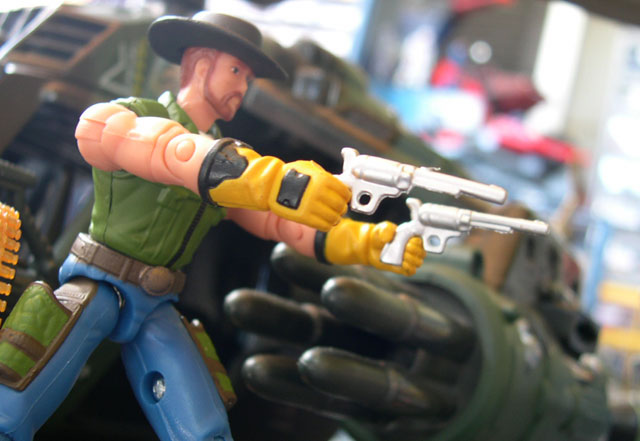 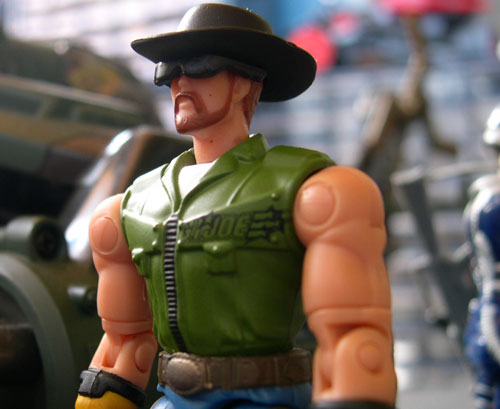 Wearing Leatherneck's sunglasses, since he didn't come with his own 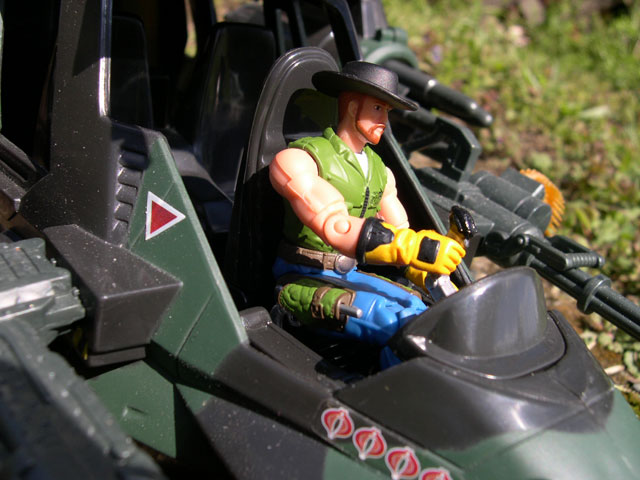 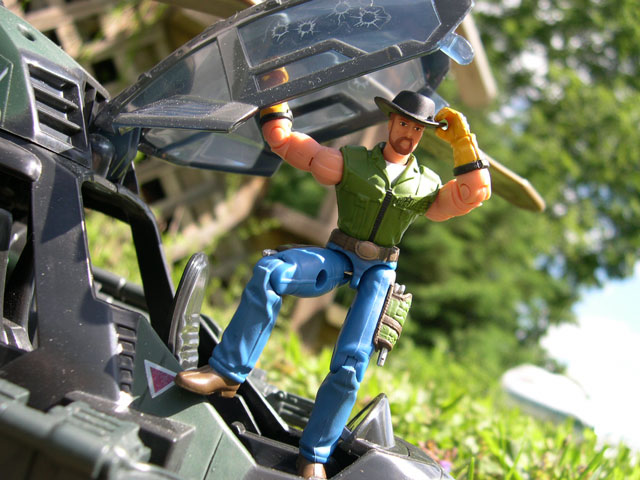 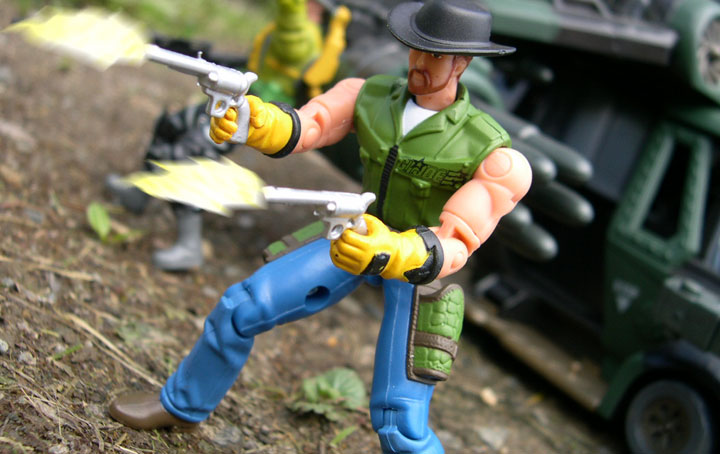