How does that saying go? The clothes make the man? Well, that definitely applies in G.I. Joe-land.

Ever since Firefly originally came out in 1984, dressed to the hilt in gray urban camo, fans across the country seem unable to accept a version of this character that isn't wearing gray urban camo. Even though, when you look back through time, only one out of the countless numbers of Firefly figures released had this gray camo scheme, that is still the identifying mark of the COBRA sabateour and nothing else will do.

Now that this figure is released, and back when it was first shown, everyone asked now... "why the hell is this figure PURPLE???". And yeah, I was one of those people.

Now that I have the figure, though...well, I'm still asking "why the hell is this figure PURPLE???", but regardless of the color pallet, I am enjoying this figure immensly.

Well, Hasbro, you've gone and done it. You achieved new sculpt perfection with the BTR Firefly, and now every figure that comes out, especially a Firefly figure, is going to be compared to that. Sorry, "H", you're screwed.

Had this figure been released before the BTR version, I would be proudly proclaiming this a major victory. This mold is terrific. From his slim ski-masked head to his realistic proportions, chest armor and cool angular kneepads, this is one figure that has it all going for him. Unlike a number of new sculpt molds, he isn't laden with tons and tons of pouches, belts, straps, and gear...yet he is still well-equipped and what he has makes all sorts of sense.

His torso has a very simple chest pad/armored look to it with a pouch and what looks to be some explosives. Underneath these two items is quite possibly the coolest working holster I've ever seen. It's slim and form-fitting, and fits the pistol PERFECTLY, yet doesn't get in the way of moveability. A very cool feature.

His arms are slim and non-descript with some nice dark armguards, which all match his legs and shin-guards. The kneepads look different and very cool, and he has twin pistols on his thighs for those quick getaways. This is one great looking mold.

But...how do the colors work? Do they contribute, or do they detract? I have one word- purple.

Actually, surprisingly enough, the coloring of this figure bothers me less and less by the minute. I'm not sure if you can tell by the pictures but the figure is a very, VERY dark purple. Almost a "midnight purple" if you will. This coloring really suits Firefly's nighttime activities and even though it's not gray camouflage, it works for this figure and looks pretty nice.

No one is used to a purple figure...there aren't too many of them in the Joe line, and I'm still not convinced that purple is the best color for Firefly...still all in all, this figure looks good, even with this color scheme as a base.

What works even better is the complimentary colors involved. The deep, dark purple is accompanied by a nice gloss black on the arms and legs, which in turn plays off the flat gray of the chest pad, kneepads, and plates on the boots. There's also a nice deep red belt and rubber strap that adds another little flash of much-appreciated color.

Well, as with most of the new figures, accessory compliment is nothing to write home about, but for one exception- the incredibly cool chest holster and new-sculpt pistol that Firefly comes with. They both work perfectly together (although the holster is a little on the tight side) and even alone the pistol is exceptionally cool. He also comes with the same Uzi that Snake Eyes came with in 1985, which is always a terrific weapon.

A true shining star in this wave, and possibly my favorite figure of the wave. Great proportions, great mold, and a nice different color scheme. Even his accessories are enjoyable. Nice work on this one, Hasbro. Of course, he, and pretty much every other new sculpt figure, pales in comparison to the BTR Firefly, but still no complaints from me. 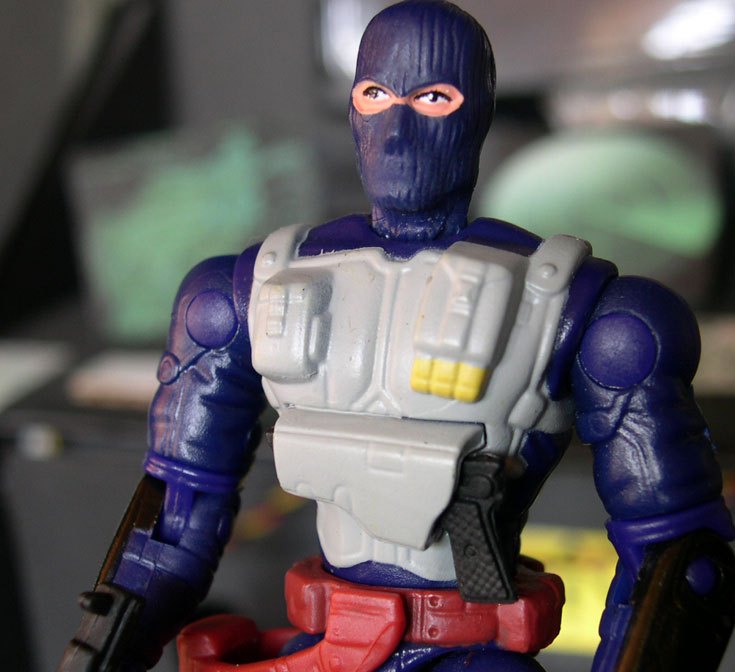 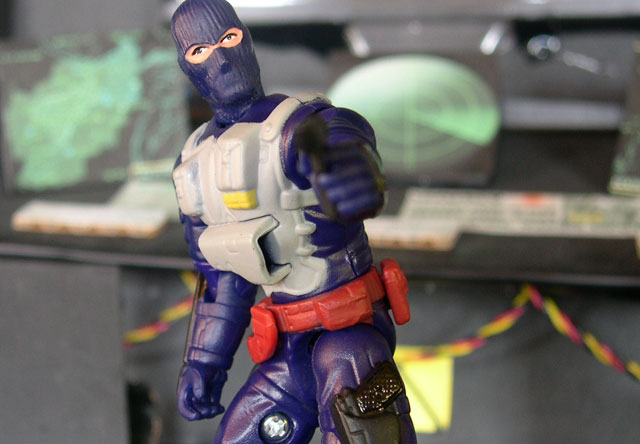 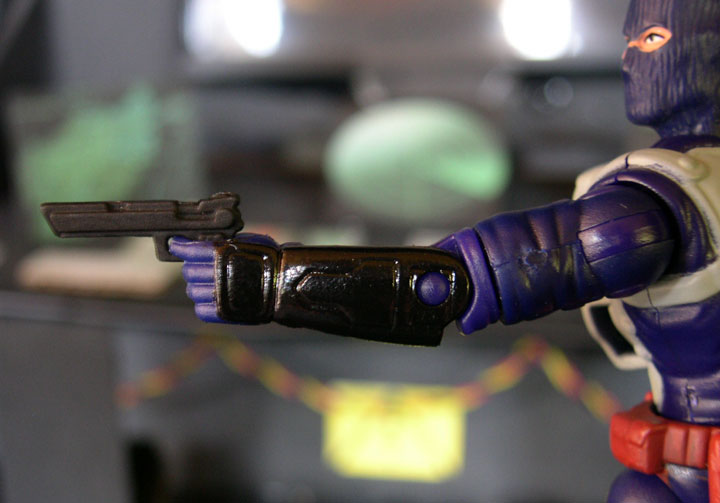 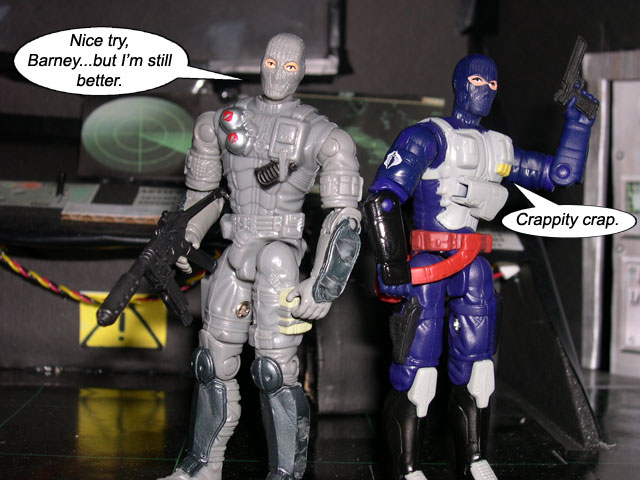