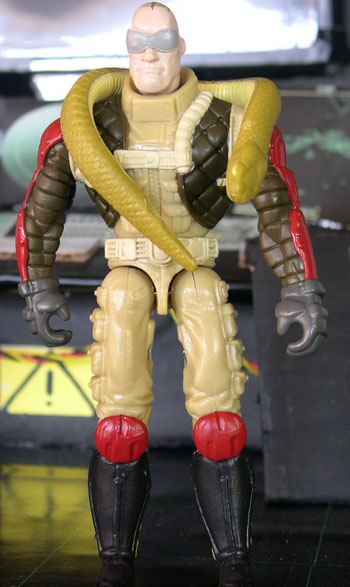 First Hasbro ticks off pretty much everyone in the collector's community by cramming Action Attack into what would have been an incredible Storm Shadow figure.

Then, to top that off, they announce that G.I. Joe is now fighting the evil force of animal/human mutants...I could actually hear the collective shirek of disdain from behind everyone's computer screen.

Now, I hate Action Attack just as much as anyone else. But me, being the incredibly fanboy freak-of-nature that I am...I LOVE the Venom idea.

Even as a kid the concept of regular people being genetically altered to be stronger, faster, and deadlier than human was a neat concept to me. That's what I always say COBRA La as, and that's what capacity I used them in when I didn't know what they "really" were. I always preferred to think that Zartan had superhuman powers, and it wasn't all about holograms ...I was a comic freak back then, and didn't have a problem with the superhero world mixing with the G.I. Joe world. I still don't.

Perhaps that's what I love the 90's and Battle CORPS so much, because at that time, G.I. Joe really stopped being a military organization and started taking off as a super organization, with the bright colored spandex and elaborate suits of armor to prove it. I loved all those funky straps and belts and pads back then, and still do. I think that plays a huge part in why I love the new sculpt figures (well, some of them, anyway...). But...on to Coil Crusher...

Okay, don't slap me here...I kinda like this figure mold.

Yes, he has a HUGE freakin' chin. Yes, his chest is impossibly large and his arms are short and stubby and have no joints...okay, what am I saying here? Why do I like this mold?!?

In short...I can't explain it, but this guy has character. He isn't a faceless minion...the minute I started moving him around, his voice immediately appeared in my head, and I can see his whole personallity opening up before me. He's very strong and very mysterious, used mostly as a training partner with Big Boa to train the new troops...but occasionally he serves as security alongside Croc Master and the Swamp Rats. They all patrol the jungles surrounding the COBRA Command center.

But I'm not talking about the mold here, am I? Okay, first of all, I hate the arms, plain and simple...I'm not a complete moron here. They are barely functional and barely even usable. The shoulders only have swivel articulation, no ball-joint, and the wire-flex poseablity really doesn't work. You can bend his arms at the elbows and they will stay, but there isn't a whole lot else you can do with them. However, as useless as the arms are in function, I think they still look really cool. The ribbed metallic texture looks nice combined with the cool plating on the outside of each arm. This all blends into the quilted uniform top as well and meshes pretty nicely. His legs are normal-sized and still look nice with some simple adornments. I love the kneepads and boots combination, too, just to top it all off.

His head sculpt is quite unusual, yet interesting with the large chin and cool goggles. I also enjoy the raised collar around his neck...as a matter of fact, with the exception of the funky arms, I like most everything about this mold.

Coil Crusher has some unusual color combinations, which as anyone who knows me will tell you, makes him an appealing figure to me. I like the basic tan base of his uniform and pants, and it works well with the green jacket and arms. The red metal plates look good on the arms as well and with that same hue on the kneepads, it all comes together well. His pale face color is another nice touch and adds even more character to the figure.

Eh, nothing to really write home about. He does come with a pretty cool poseable snake, whos wire-flexibility works better than the actual figure. He also comes with Sgt. Hacker's submachine gun, which is an excellent weapon not used often enough.

I think I've blabbed on enough...the fact that this guy is a single character makes him pretty neat to me, and as I said, I can just see him roaming the halls, scaring the new guys. He has character and personallity, which some times can make up for a lackluster figure, as it does in this case. I'm still not sure if I'll ever use this figure, just because of his lack of function in the arms, but he doesn't make me as sick as I thought he might originally. 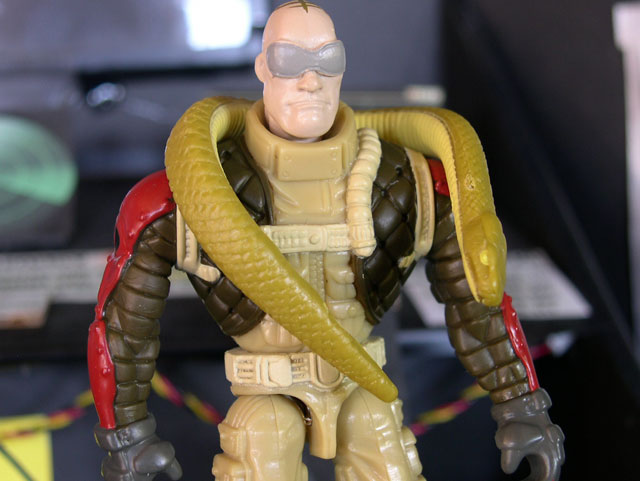 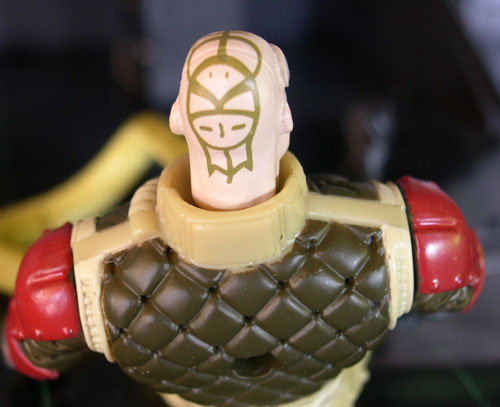 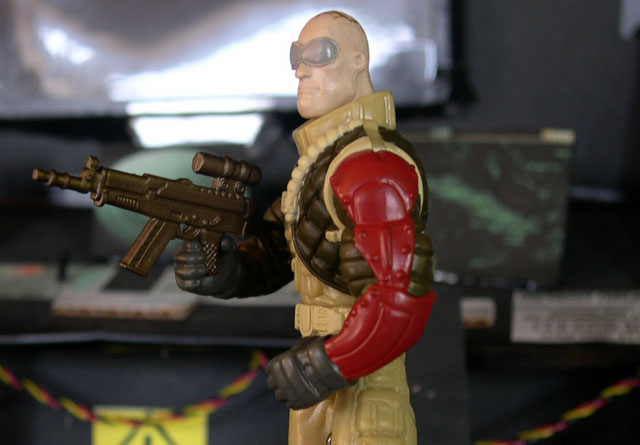 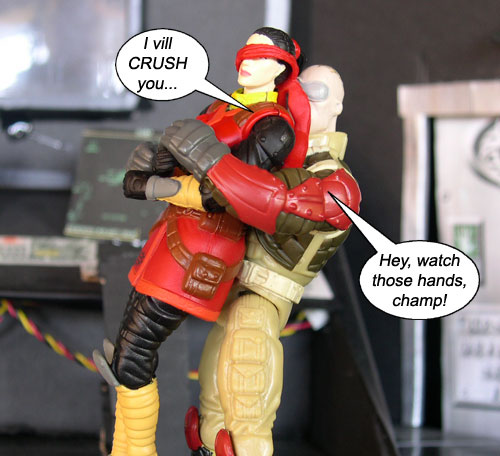 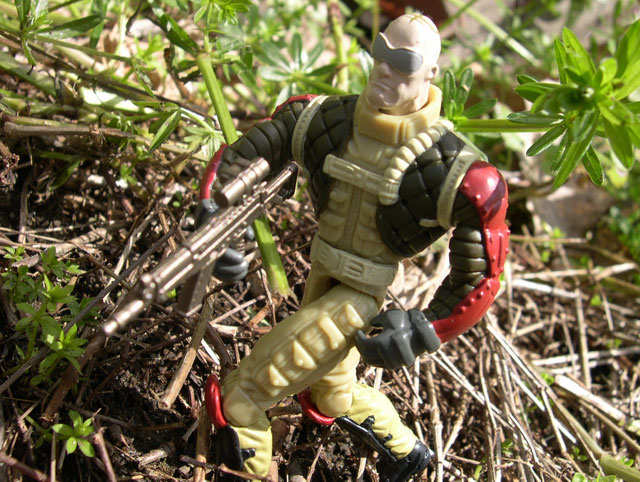