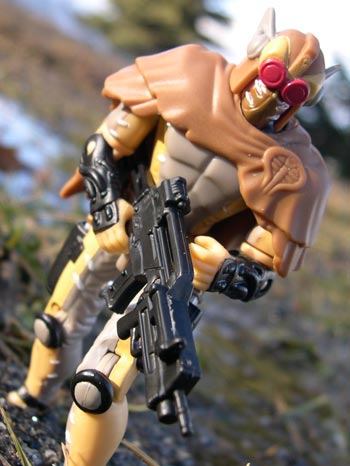 Well, the moment I saw this figure, I just plain loved it. I really don't know why, but he looked very cool, with an interesting headsculpt, interesting accessories and some great potential.

At first glance, he really seemed like someone who belonged as a single character. A V-Troop not taking his treatment well who escapes to the swamp and protects COBRA Island by default. Not because he wants to serve COBRA, but because the COBRA swampland is his home, he defends it as such.

But it turns out Swamp Rats are troopers, not a single character, and at first I didn't like the idea, but now that I have the figure in my hand, I love it.

I can see packs of these guys roaming the swamps, working with Croc Master on COBRA Island security, sneaking through sewer pipes and shallow waters, eating off of the land, and being complete self sufficient. COBRA Commander doesn't even like them; they smell, act weasly and don't like bright lights, but they do their business well and he doesn't have to invest too much money into them.

The mold is really, really nice on this particular figure. The headsculpt is fantastically molded, looking scrawny and pale, with a ton of character but without an overabundance of detail. His facemask is nicely made, and just looks creepy injected into his cheeks like that. The small little air tubes that come off look neat as well, although it's tough to tell if they're tubes, or attachments to keep the mask firmly attached to his facial structure.

The rest of the body is equally simple, but works equally well at being disturbing and useful at the same time. His body retains an almost leathery look, which is great for this type of V-Troop. The plating and more cloth-looking uniform are sewn together with the same white posts that are on his mask, and the whole presentation just looks terrific. His upper chest/shoulders and back all have some very cool little intricate tubing and other details which just add another element to the figure.

Everything about the mold shows what's cool about these V-Troops. Anyone who wants these guys to be part animal, can. Anyone who wants their animal traits to be more robotic, can do that as well, because all of these little componants can be organic or mechanical, based on your likings. Hasbro has really made the best of both worlds with some of these figures. The arms also have a nice robotic look to them as well. Then we have the knife sheaths (with removable knives) on his thighs, and some cool kneepads and armored boots. I just cannot say enough about the Swamp Rats.

This is another high point of the figure, I think. Color choices are pretty basic, but work well. A dull gray for the inner part of the uniform with a dull tan for the outer. He could be well-hidden in tall grass or swampwater, and looks nice and bright, but muted enough to work in his environment. All of this, combined with the black gloves, holsters and other trim really brings the figure to life and looks great.

Swamp Rat excels in the accessory category as well. He comes with a terrific molded poncho to drape over his shoulders, a neat looking cloth helmet w/ goggles and ears, a "tailwhip", and those cool twin knives that slide into the working sheaths on his thighs. A great little package of accessories, plus he comes with what should be COBRA's standard firearm, the machine gun first made popular with the Sand Viper.

All of the accessories on the figure really make it look more menacing, mysterious, and cool, but the figure looks equally interesting without it.

I ended up very pleasently surprised with this figure and feel comfortable awarding him the "Best of Wave" award. This figure is by far my favorite of Wave 2, and is an excellent addition to COBRA, even though he's very different and odd.

Wave 2 in general had some hits and misses, but overall, I think was unfortunately a bit of a letdown. Not every figure hit as much of a home run as I had anticipated, a lot of them just falling a little short in some small aspects of the mold of paint apps. All in all, it was a fun wave, with some nice highlights, but a few minor disappointments as well. But it's still early in the Valor Vs. Venom storyline, and by the looks of Wave 3, things could very well be picking right up! 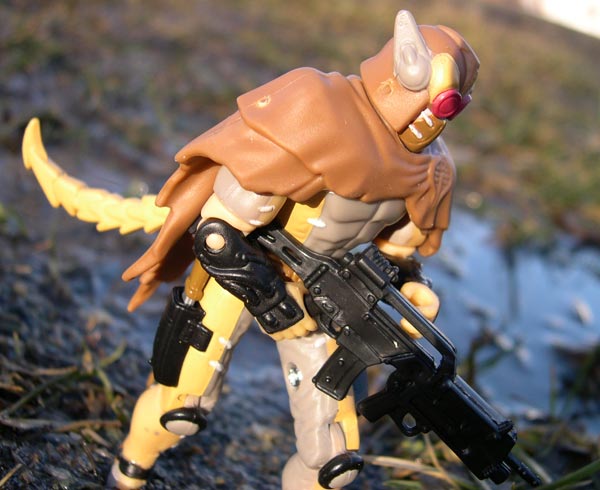 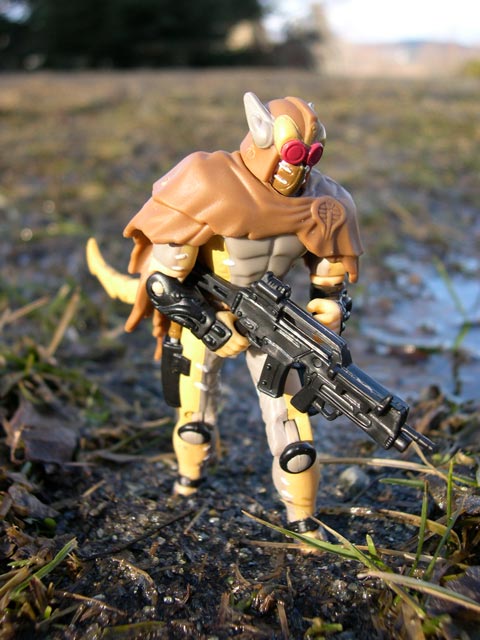 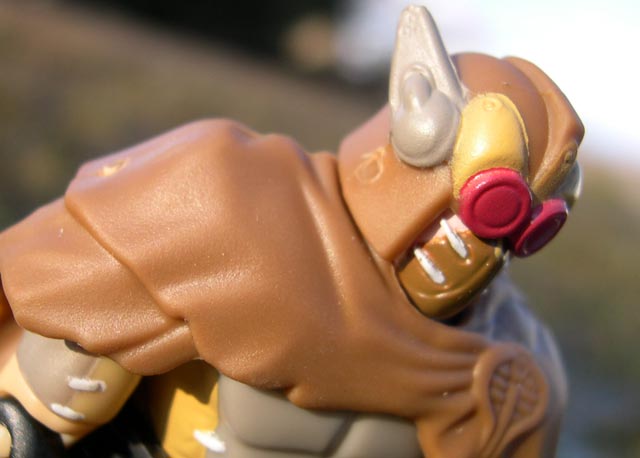 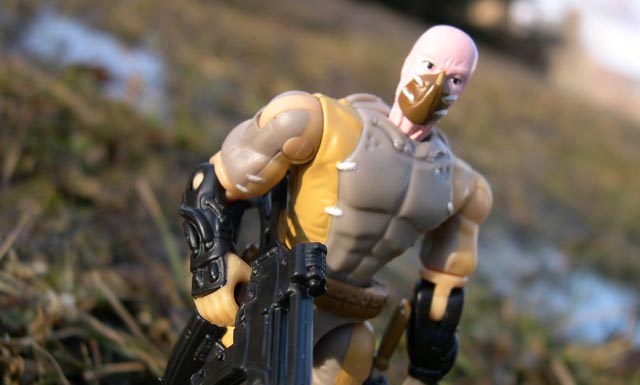 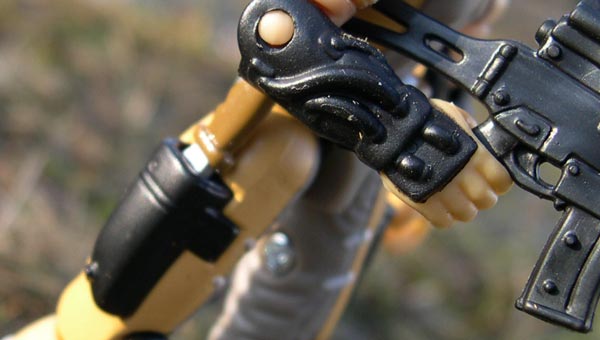 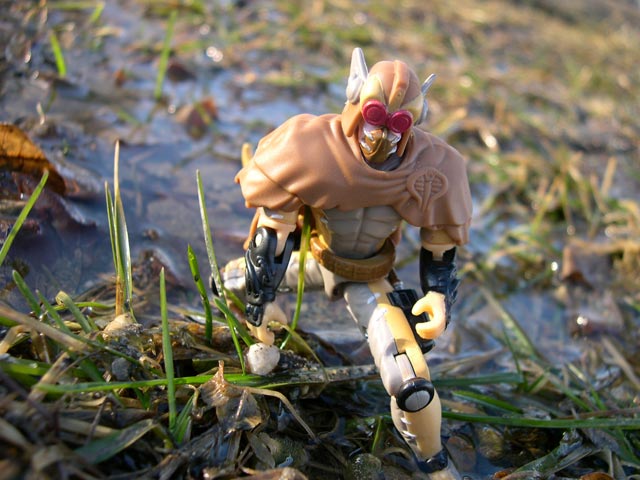 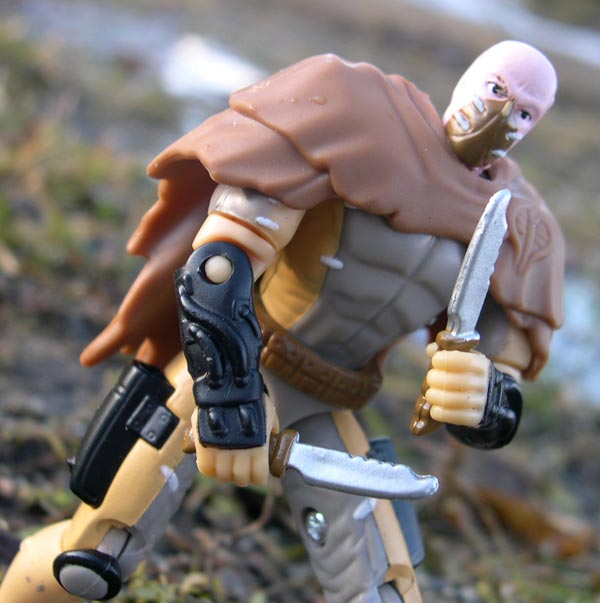 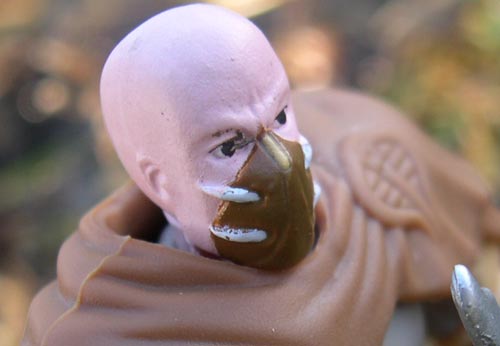