B.A.T.'s, B.A.T.'s, and more B.A.T.'s. It seems like every other wave we're getting a newer version of the venerable COBRA androids.

Personally, I'm not a big fan of the COBRA robots, but I can see the appeal to Hasbro and collectors. They've been staples in the Joeline for nearly 20 years, and they provide something nice to the folks that make the Joe cartoons. Someone that G.I. Joe can actually shoot.

I figure if they're going to make these B.A.T.'s, they might as well make them nice, and so far I haven't been disappointed. The Wave 4, 7, 7.75, and APC B.A.T. figures have always been pretty nice, even though they're all just variations on the mold. Heck, I even enjoyed the B.A.T. 6-Pack we got early last year.

But, come on now...everyone's gotta admit that mold is getting a little tiresome...how about something new? Well, we got something new. Something new, and very, very cool.

I have a sneaking suspicion that I'm going to be in the minority here, but I love this new B.A.T. mold. He's shorter, squatter and thicker than the B.A.T.'s of old, but his design scheme is much improved, much more streamlined and just much more menacing.

Where this figure really, really shines is the headsculpt. What an incredible looking COBRA robot head, I'll tell you.

Obviously taking inspiration from Ultron of Marvel Comics fame, his head is slender and evil, with only a green slit for eyes and no other facial features besides an almost skeletal looking grin. The design of the metal plating on his face is excellent, I love the antennae and the COBRA etching on his face. An absolutely terrific facial design.

The rest of the figure is equally nice, with a large chest and broad shoulders, two interchangable hands that can both be equipped with weapons, and absoultey awesomely sculpted robotic legs that are too cool for words. The intricate sculpting of the metal peices and mechanics and impressive to say the least, and he just has an overall cool appearence as a next generation B.A.T. My only complaint is that even though he has thicker arms, they still didn't give him swivel arms, which is too bad.

This is where a lot of people have complaints with this figure, but I really don't. He's got an overall black base, as he should as a B.A.T., but his main highlights are a deep, dark purple. Some folks aren't crazy about that color, but for this figure, I think it works. His bulky purple gloves and knee-length shorts look pretty cool, I think, and are dark enough to work, especially in a COBRA environment. Where they have silver, it works. The chestplate, accessories and robot legs all work in this regard very well. I have no problems with the colors at all.

As with any B.A.T., the glory of the figure lies in the accessories, and this version is no different. He comes with twin removable hands, two cannons and a sword. I believe both guns are new molds, with a sword that has been released before and they all work well, fitting snugly and looking nice. Unlike previous versions, he doesn't come with a backpack to store the weapons, but there are hooks on them so you could potentially use them with older backpacks.

I like thie B.A.T. quite a bit. One downside is his size, however. One of the cool points about the previous B.A.T.s was their imposing heights. This figure is about regular Joesize, and looks downright tiny next to his older brothers. But it's a small downside and the overall figure just looks very cool. His newer, futuristic design looks excellent, I LOVE his headsculpt and the rest of the mold is equally streamlined and cool looking.

Not one of my favorite characters or COBRA troopers, but for what he is, this is a terrific reprentation of him, especially because Hasbro could have easily thrown another tired repaint/rehash at us. 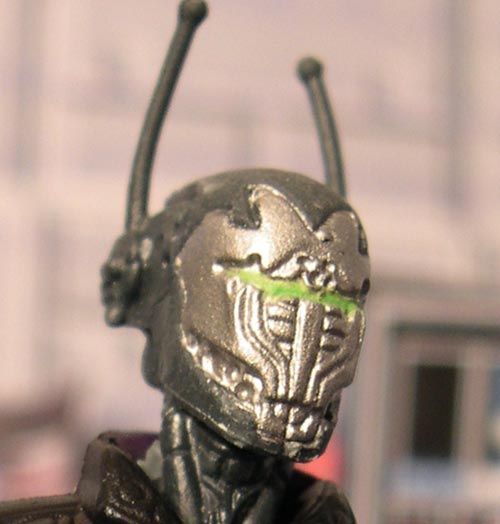 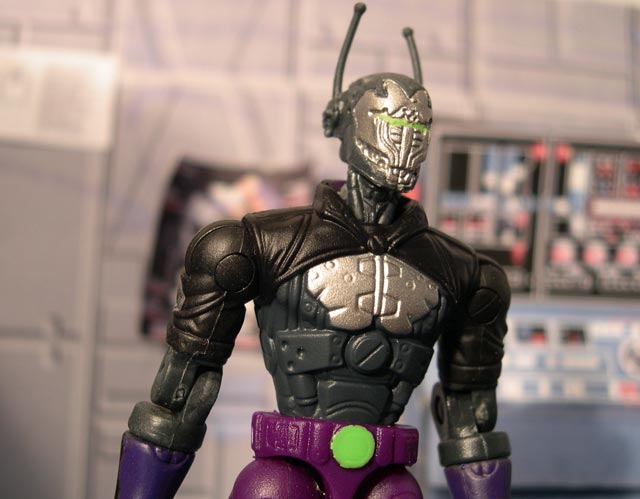 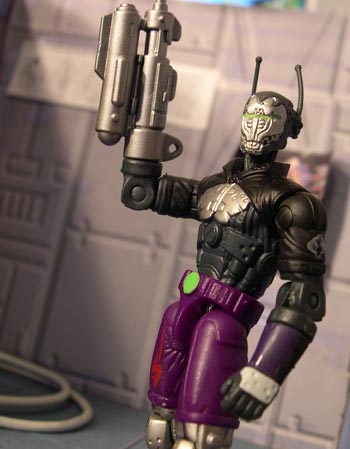 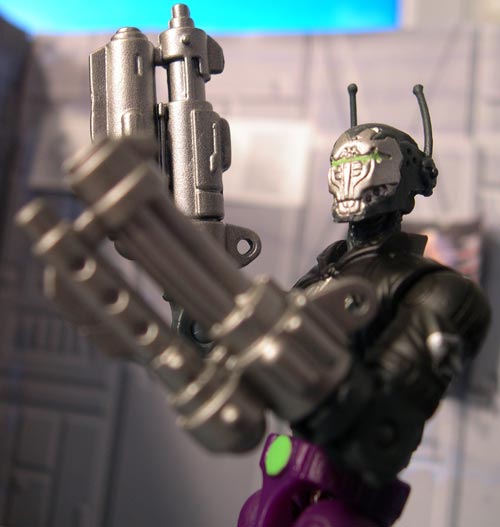 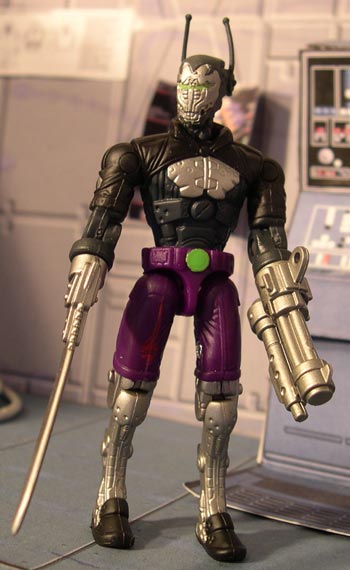 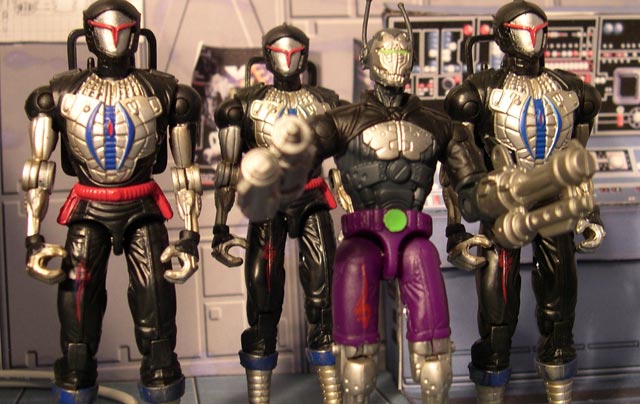