I still remember first seeing this figure in that small room in the Hyatt Regency San Fransisco. Standing there with a cool group of fellow Joefans and just "ooohing" and "aaahing" over what was definitely the best female sculpt to date, and she had a great new uniform as well. It was one of the first signs that Hasbro was making huge strides and big things were in store for 2004.

So has anything changed since then? Am I looking back through rose-colored glasses, or was Scarlett that great? It's a mixed bag, in my opinion.

My first reaction on seeing the figure is she seems more like a superhero than a soldier. Scarlett is clad in a green/gray bodysuit with various straps, buckles, and other adornments scattered about. Back in the day, the look might have bothered me some, but now, it seems to be almost the norm for the new Joes to more resemble a comic-based defender of justice team than a down-and-dirty military organization. My feelings on this are mixed, but I think it might make them more appealing to kids, which is okay in my book.

The mold is really very appealing, with a nice slim build, and realistically proportioned, unlike some of the other female figures we've seen lately. Her hair is cut short again, but molded in a cool and different way.

While the bulk of the mold is smooth and form-fitting, she's got plenty of things to break it up, like the shoulder pads/armor on her right shoulder, and her almost elbowe-length black gloves. She's even got her trademark throwing stars on her right forearm, which is a cool touch.

The bodysuit pattern down the front breaks things up a little bit as well, adding a splash of color and making it a little more pleasing to the eye than a simple straight green shirt.

While we're on the topic of little details, we should talk about those little straps and buckles along her legs...they add a nice flair and look really cool above those knee-high boots/kneepads.

But what about those colors? I actually like them, personally. Thw Wave 2 Scarlett was made as an homage to the original, with her familiar tan and green paint scheme, but it's time to go in a different direction, and I like this direction.

Her base color is a nice shade of green, definitely not a dark, military shade, but still an appealing color. Add to this color the nice light gray trim on her chest, arms, and legs, and you've got a figure with an interesting paint scheme, yet still retains some sense of military orientation.

Then, they add some nice yellow accessories and black goves and boots, adding some great splashes of color to what could be a fairly monochromatic figure, and it adds quite a bit to Scarlett and makes her even cooler.

Basically what it boils down to is while the figure doesn't blow my socks off quite as much as it did when first seen in San Fransisco, it is still a decent figure. She is well-proportioned, not overly bulky and with a great assortment of accessories to spice up the figure. She is quite playable, with loose joints and honestly, almost brings me back to the days of the original Real American Hero figures...she just has that feel to me. Her head/hair sculpt is extremely nicely done, bringing some serious character to the figure, and from head to toe her mold is packed with things, but not overloaded. I really, really like her boots, and overall, she is a great figure.

While I think Zarana is the best evil female figure to date, I think Scarlett is probably the best Joe one to date, just slightly more appealing than the original Agent Scarlett from Wave 2. Couple that with the fact that she comes with a potential army-builder, and I'm sure people will end up with her in their collection, which is fine. This figure does the character justice and I think you'll be overall pleased with the results. 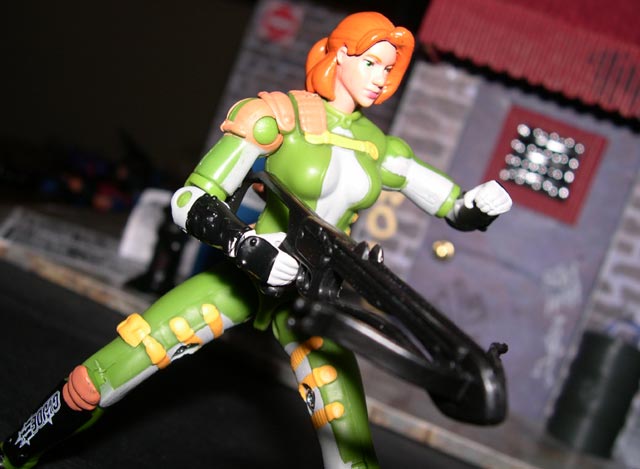 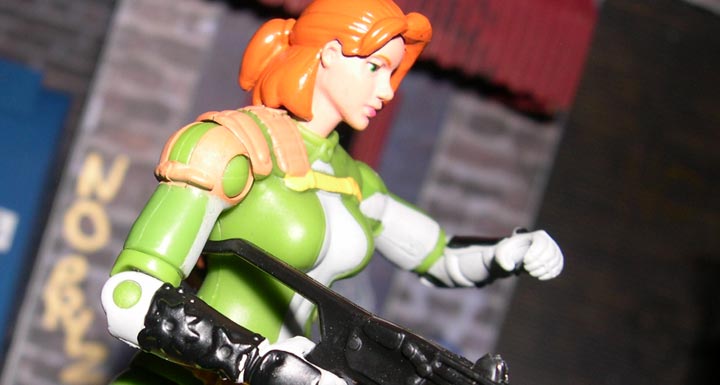 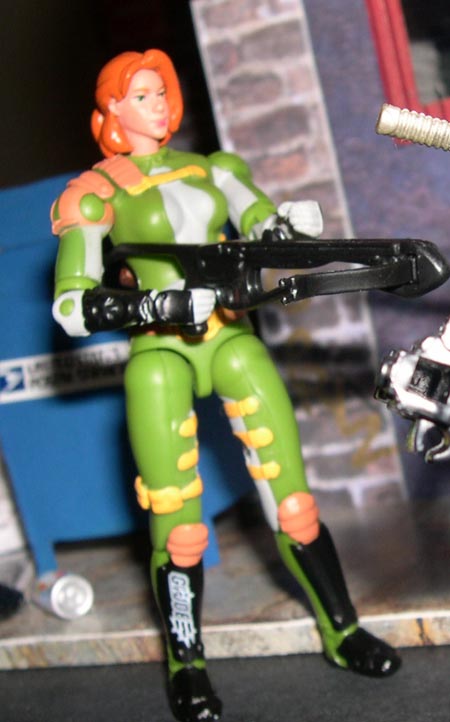