Back in the review for Sand Scorpion, I mentioned that COBRA was capturing civilians to test their Venom technique on, and the Joe team is sent in to try and rescue them. Well, it turns out that Razorclaw is one of these civilans.

Captured by COBRA, hit with the Venom, and combined with tiger DNA, Razorclaw is a fast attack COBRA operative, apparently brainwashed to serve his evil masters, and with the tiger quickness and strength, easily a match for even Snake Eyes. 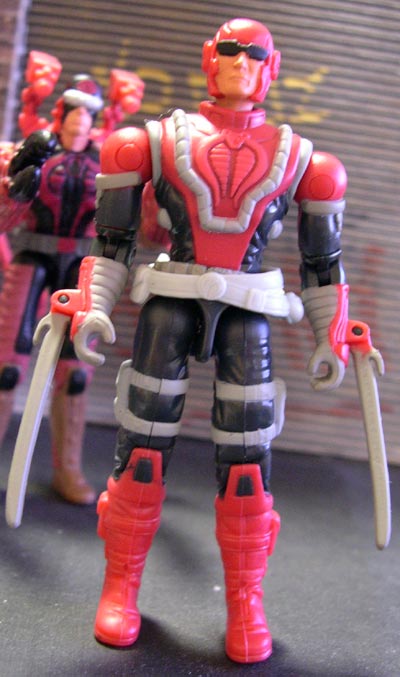 Falling along the lines of Scarlett and Heavy Duty, Razorclaw looks like he was pulled out of the pages of Marvel comics, and is quite reminiscent of the Wolverine character. Given heightened animal abilities and ferocity with a pair of metal claws on his gloves, Razorclaw is a force to be reckoned with, and in the mini-comic, he fights Snake Eyes to an almost stand still. What do I think of this?

Well, I'm certain that the military buffs will be annoyed to no end, but as a comic fan, I actually find myself embracing this new view of COBRA as super-villains as well as terrorists. I mean face it- COBRA has technology and resources much like the world has never seen...they are not a ragtag group of terrorists, they are a world-wide organization of well-trained and well-equipped soldiers, and I see no reason why they wouldn't stoop to gene-splicing and genetic engineering to gain the advantage in their little quest for world domination. I dig it, and I really dig this character.

Yeah, Razorclaw is a character (not a trooper); apparently a civilian captured by COBRA and turned into their tiger-powered super-operative, and I find myself liking this guy more and more. His mold is immediately appealing, especially to those of us who are comic fans, and by this figure alone, I am certain in which direction Hasbro is going. It's a direction that's sure to bother some people, as it almost looks like they're getting away from the military aspect and going more towards super-hero'ing.

In some ways, this does bother me. the Joes have always been a military team bound with a sense of realism...and COBRA has always been the same, although a little more on the fringe than the G.I. Joe team. This new look does suit COBRA to a certain degree, but I grow worried that the Joe team will lose all of it's military roots and become the next Avengers. There's nothing wrong with the Avengers, but leave it to them, not to the Joes. The line Hasbro is walking now seems okay so far. A hint of comic-influence, but still very military in nature, I just don't want them to cross the line.

But, I digress...back to this figure.

His mold is nice and like Sand Scorpion, it's relatively slim and in proportion. I have seen no real glaring proportion problems in Valor Vs. Venom so far, with the exception of the surprisingly crappy Alley-Viper figure, who almost looks like a left-over from Wave 7.

Razorclaw is just full of detail-work and there is a lot to catch the eye, and a lot of it that I love. His light red chest plate and shoulder armor are terrific details and the gray trim surrounding them looks awesome. I love that Gambit-like neck adornment around Razorclaw's neck, it's very cool. His head sculpt and helmet/goggle design is also very, very cool. I love that angled open-face design and he looks very cool in those black goggles and super-serious look. His black uniform underneath the armor is simple, yet nicely detailed with wrinkles and a real cloth appearence, right down to the armored claw-gloves. Speaking of the claw-gloves, I love them. They are very neat, and while reminiscent of our old friend Wolverine, I think they can serve a purpose here as well and make Razorclaw a dangerous predator. Add to all of this that wicked embossed COBRA logo on his chest, and this new V-Troop is a formidable COBRA opponant.

All of this nice mold work is only accentuated by the color choices. While slightly different, lighter shades, they all work perfectly together! The light red, black, and very light gray are all unique, but interesting shades of color and I love how they end up together, really putting up a nice package. The figure looks imposing even in some non-imposing color schemes, and Razorclaw may end up with a front-row spot in my collection and my stories.

Do not hesitate to pick up this two-pack. While Heavy Duty is only a marginally different figure, Razorclaw is well worth it, and should be an instant addition, at least in my opinion. 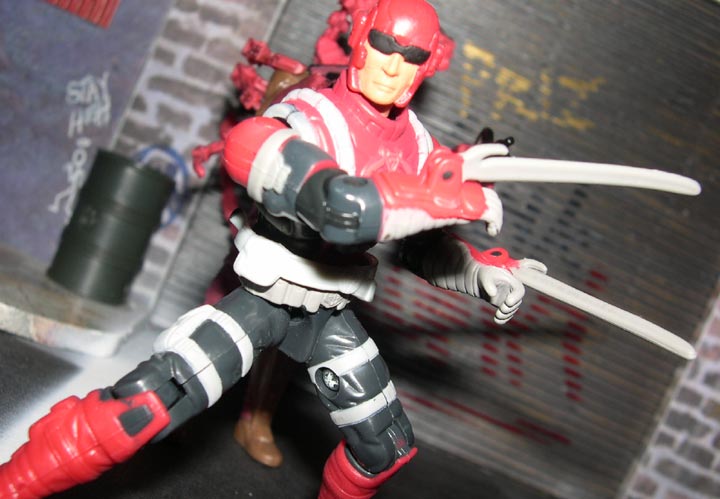 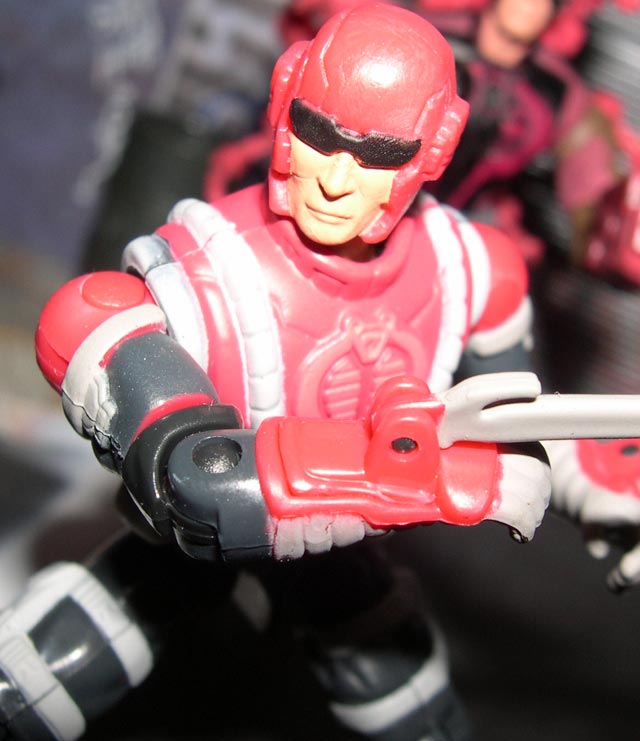