Since the dawn of time (well, 1986 anyway...) Dr. Mindbender's credibility has been serverely undermined by the fact that he dresses like the mixture of a circus acrobat and professional wrestler. He is one of COBRA's most dangerous weapons- a super-intelligent man without scruples or concern for his fellow humankind, willing to do whatever he can to help an evil terrorist cause. He is the backbone behind COBRA's rise to the top, and yet his rediculous uniforms and over-the-top personality make him a laughing stock. 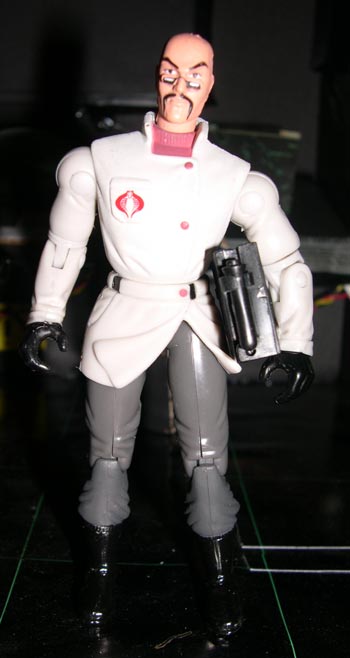 I guess the thanks should really go to Devil's Due. Without their drastic re-think of Mindbender's look and personality, a figure of this might never have been made. To this day, we might be continually seeing bare chested bear-wrestlers with funky arms and trademark monacle.

Instead we have a classic Romanian mad scientist with trademark fu-manchu, cool little glasses, and a seriously cool new labcoat.

I love this new figure in almost every way imaginable. With this version of Dr. Mindbender, the new COBRa hierarchy is being seriously rebuilt with some terrific results! We already have a great Destro, fantastic COBRA Commander, and now a wonderful Dr. Mindbender. I can only hope that Wave 10 will bring us an awesome Baroness figure, and that maybe a "good enough to be called Zatan" Zartan figure will be on the pegs sooner rather than later. I'd be pleased as punch.

But back to our old friend here...

First of all, the mold is great. Mindbender's proportions are spot on, with a slim, non-body builder look, but still not overly weak or frail. His collared labcoat is terrifically molded, straight from the upturned collar to the long sleeves and the greay rubberized coat tails, this is a terrifil looking Mindbender, to be sure. He is the polar opposite of many other COBRA figures released with Valor Vs. Venom, and goes straight for the plain look rather than the super-vllain look, and it works very well for him.

As for the colors...while the Devil's Due version has a very cool and stylish knee-length purple trenchcoat almost, this one sticks with the trademark white coat and gray pants, which is just fine. Dressing down is a must for Mindbender at this point, as he tried to erase almost twenty years of looking completely rediculous. The final touch, and a great one at that, is the COBRA logo on his right pocket. It's nice to see on Mindbender, as well as a few other figures, that the solid COBRA logo is back, instead of the outlined logo we've seen recently.

And it is this figure that makes me very positive for what we can expect to see from Hasbro in the future. Yeah, we have the super-crap Action Attack Duke and the semi-crap Action Attack Storm Shadow, but figures like this one, Sand Scorpion, Viper, and Snake Eyes make me think that this isn't the beginning of the end so many people are making it out to be.

Valor Vs. Venom is a one year storyline...it is subject to change and interpretation...no big deal. And this Wave is not the worst wave of the line by far. Nearly every figure here is on par with if not better than Wave 8, in my mind, with a few exceptions. Everyone seems to love Wave 8, so I think that they'll be very pleased with this wave as well, once it's given a fair shake.

This two-pack is a definite must buy, in my opinion...and I think once the stigma of Action Attack wears off and people realize that there are very cool figures in here who aren't saddled with that garbage, that the opinion on Wave 9/Wave 1 will change. But maybe I'm wrong. :) 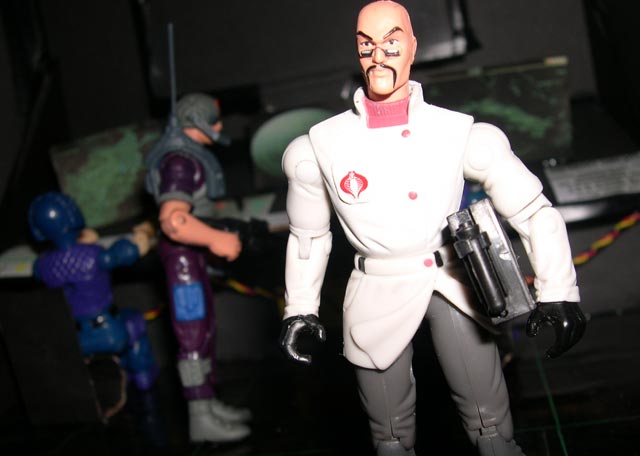 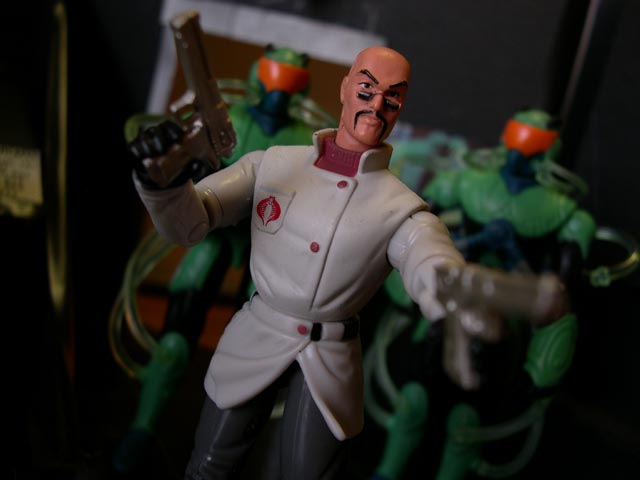 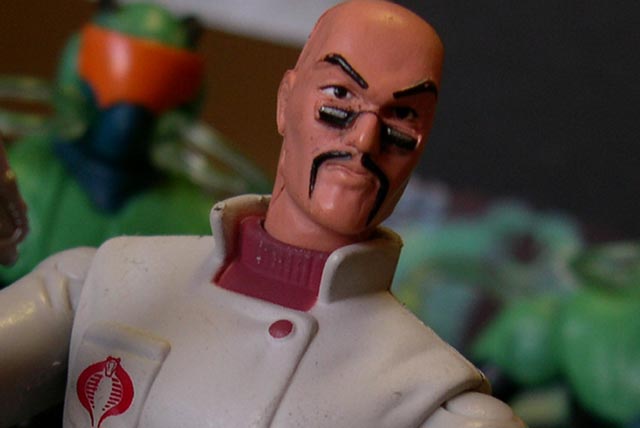 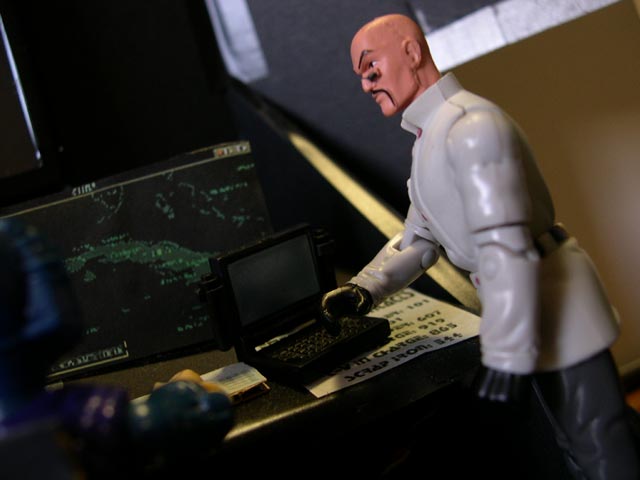