So, it's pretty tough to tell what is annoying the fans more with the Venom Vs. Valor figures. Is it the Action Attack, or is it the semi-science fiction storyline? I really can't tell, but personally, I love the backstory to Valor Vs. Venom. I'm as much of a fan of straight military action as the next guy, but I also have this love of genetic engineering for a more powerful, more capable soldier, and see no reason why an evil organization who has grown a leader from the DNA of dead folks throughout history would not be able to use some animal DNA to spice up their troopers just a little bit. And this COBRA Commander looks like the perfect guy to hatch such a devious plot. 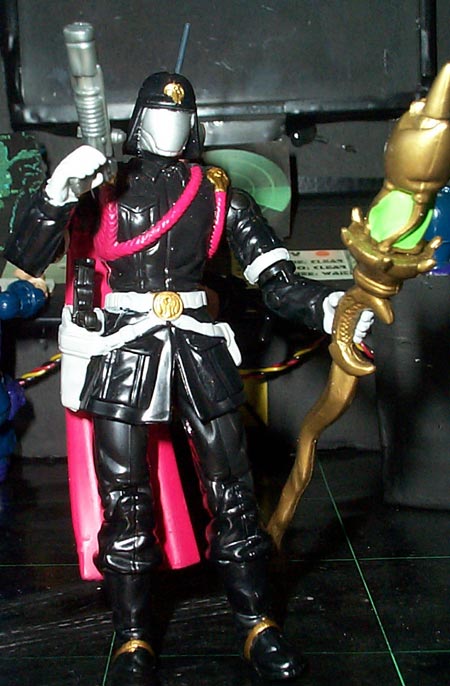 Back in my review of the Wave 8 COBRA Commander, I called the figure quite simply the best G.I. Joe Vs. COBRA figure yet to be made, and that opinion holds true with this one.

Everything that was great about the Wave 8 version of COBRA Commander holds 100% true here. The combination of regal dictator and combat ready field commander comes together perfectly in this figure. His slim frame is draped by a nice field dress uniform that looks great and is very functional. It's a plain base mold, but again, very effective with all of the wrinkles, pockets, and belts all in the right places.

This uniform isn't layered or littered with COBRA symbols, and that's fine. It's got small COBRA touches here and there, on his belt buckle, and on that terrific decorative rope, and that is all he needs to be the COBRA Commander he should be and not look completely rediculous. This version of the COBRA Commander looks like he could exist in the real world, which is really saying something.

But what about the colors? Why the repaint, and is it necessary? Well, considering Hasbro has been releasing CC in blue and black since 1993, I see no reason to complain about it, especially since it almost seems they're reinventing him for this new storyline.

The black uniform is fantastic, as was the blue, and I find myself really loving the light gray, almost white belt and holsters. It's a dramatic difference in color, but really looks nice. Combine this with the cool red ropes and the black/red cape, and this is one imposing COBRA Commander.

But what probably makes this figure the most interesting is this new staff he comes with. It's obviously loosely based on the serpent staff he has come with as of late, but this new one has a dramatic new design, apparently meant to hold the mysterious "Venom", but also double as a weapon. It almost looks like the other end is a blade instead of a staff, and I could see COBRA Commander defending himself with this new, cool weapon.

All in all, this figure is a great new version of a fantastic figure. Since it is a repaint, however, it is a figure that could be skipped, especially since that butt-ugly Duke comes with it. But, I almost think even as a repaint, this COBRA Commander is worth the purchase price on his own, and in spite of "Crap-Duke" I think you should consider picking this up...if only to send Duke back to Hasbro with a nasty letter of contempt. 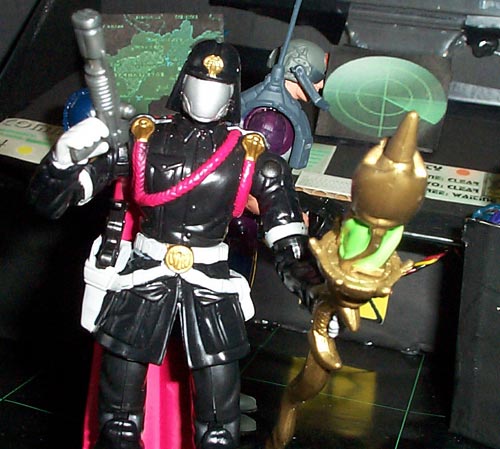 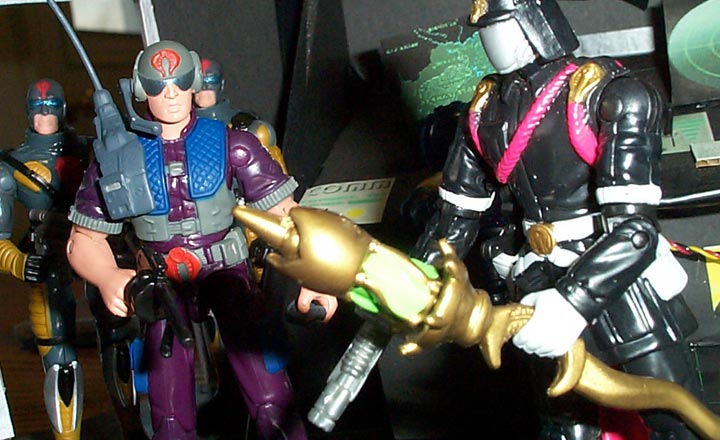