Sitting at the Hasbro roundtable was only one of the many, many cool things about the convention last year, and it probably wasn't even the best part. Holding the prototypes months before they would be released was a neat feeling, as was seeing the loads and loads of concept art. Two pieces of that concept art that really grabbed my eye were the Viper and Alley-Viper. Both of the new COBRA Troopers looked absolutely fantastic. New, dramatic poses...some interesting new color schemes. Great new body armor and very cool looking helmet designs made for a couple of wicked troops that could serve COBRA well. 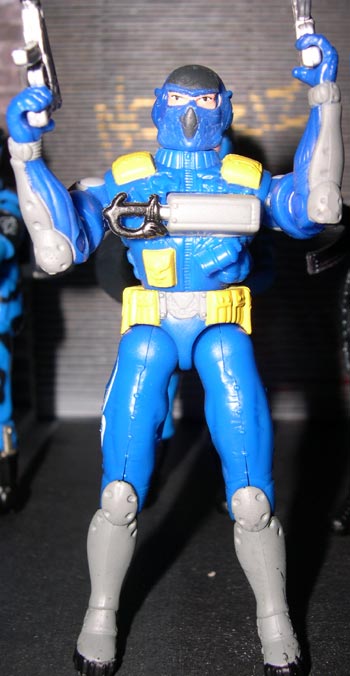 Maybe that's why I'm so disappointed about how the Alley-Viper ended up.

I don't even know how to explain it really...I don't know what it is. Maybe it's his proportions, seemingly utilizing those bizarre Wave 7 mis-proportions, Alley Viper looks a little silly with his long legs and squat torso.

Also, the way his helmet/head is almost crammed into the turtleneck like torso just doesn't do it any favors either.

But I don't get it. The figure has everything I should like in a COBRA trooper. His torso is well sculpted with lots of different details to bring out. The front zipper, assorted pouches...those grenades at his left side and a removable knife! All so cool, but really not so interesting in person.

His arms have those very cool elbow pads/arm guards with the metallic dimples matching the same look as his kneepads and metal boots.

His skintight bodysuit looks okay and fits his look pretty well, and I really do like his facemask. It's a very differeny appearence, although obviously solidly based on the Alley Vipers of old. The combinations of blues and blacks with a neat layered texture really should impress me.

Looking at pictures of the figure, I do like it, it's almost betrayed by appearence...but once I got it in my hand, it just didn't feel right. Didn't look right up close.

The blue is very bright and non-COBRA-like. His torso is large and bulky, restricting movement, and his collar really effects the movement of his head as well. His arms are a little short and stubby and hard to move with his overloaded chest, and his legs are a lot lankier and bizarre looking in person than they are in pictures.

So I basically am having a hard time figuring it out completely, but I guess I really don't like this figure. Or I like him a lot less than his predecessors at any rate. He looks silly amongst them and I'm honestly not sure if I'll be using him a whole lot.

This figure does have some redeeming qualities...as I had mentioned before, his color combinations aren't completely unappealing, and I do like the small urban-warfare like touches. His kneepads and elbow pads are rockin', and I absolutely LOVE the removable knife in his chest sheath. That is the shining star of this figure, but is one of the few things that really stand out. Maybe the figure isn't necessarily bad as it is just "bleh". There just isn't anything really exciting about it.

But, he's an army builder, as is the Viper he gets packaged with, so I'm sure he'll be bought in droves. His Viper cohort is a great looking figure, though, so I think the two-pack is worth it for that function alone, and I suppose if you're going to be stuck with any number of figures, it might as well be another COBRA trooper. 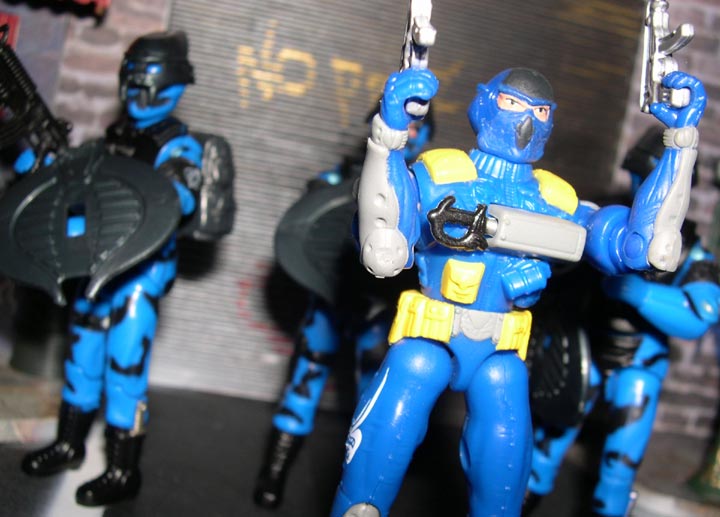 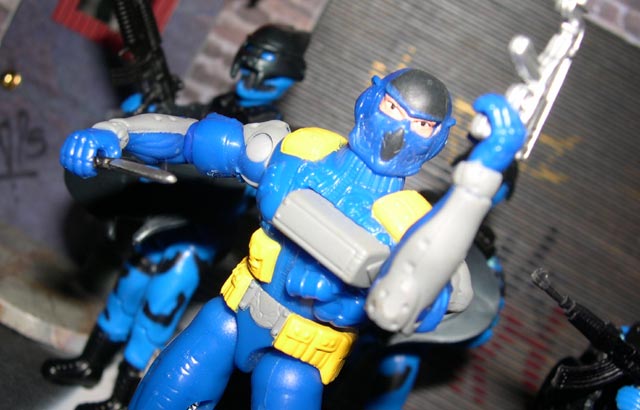 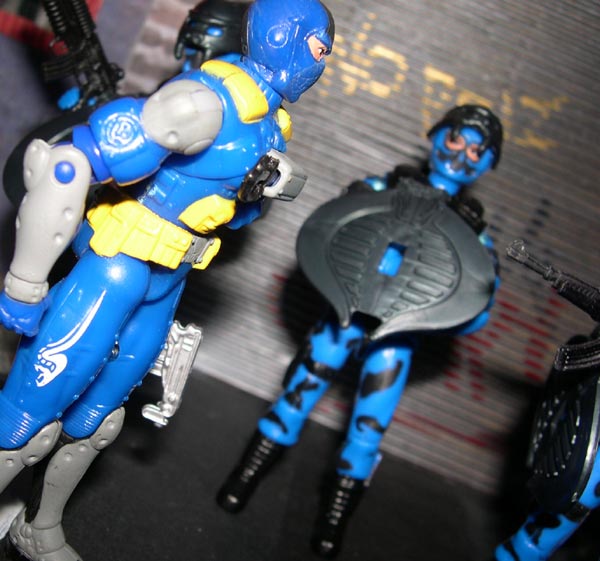